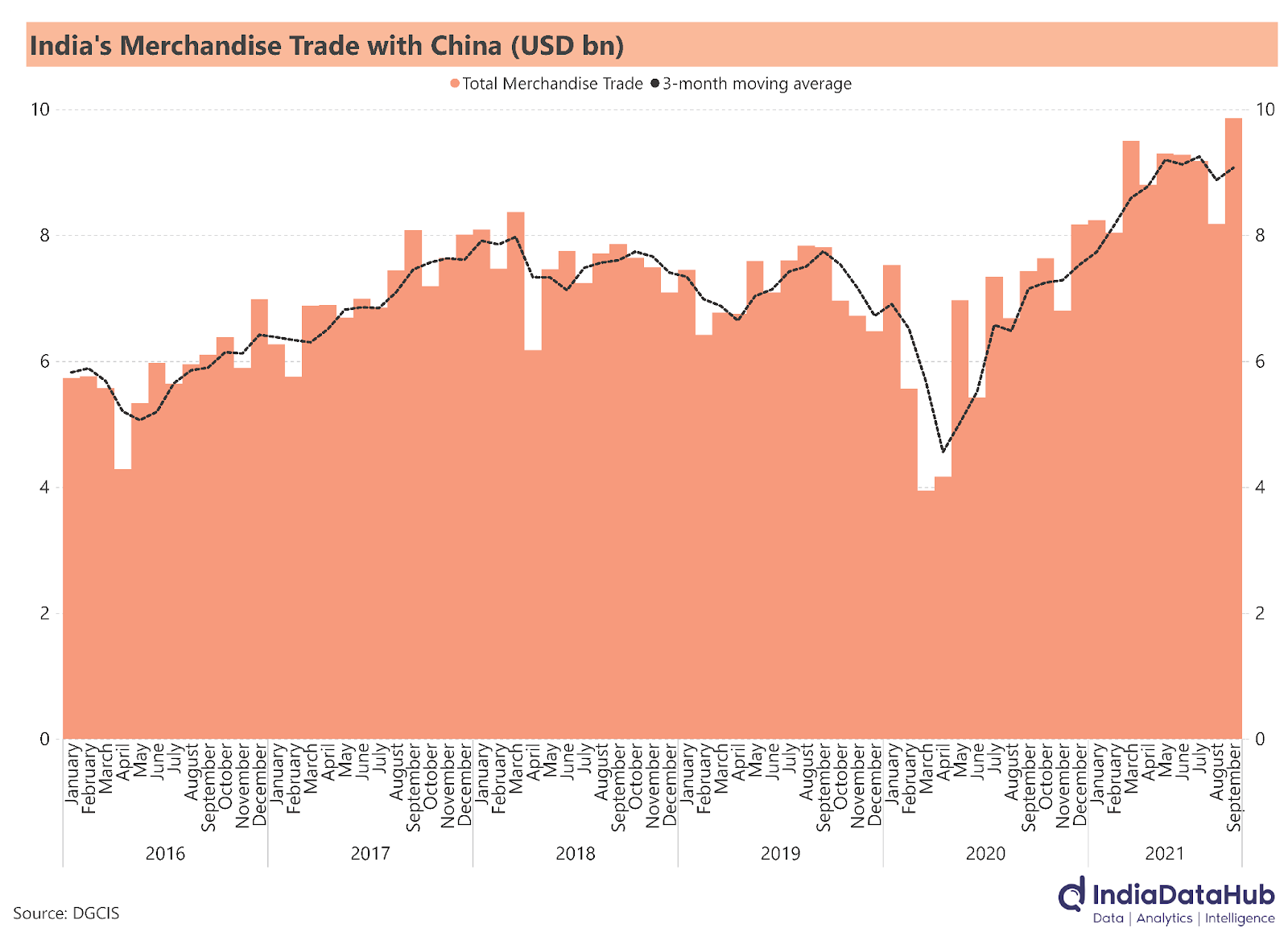 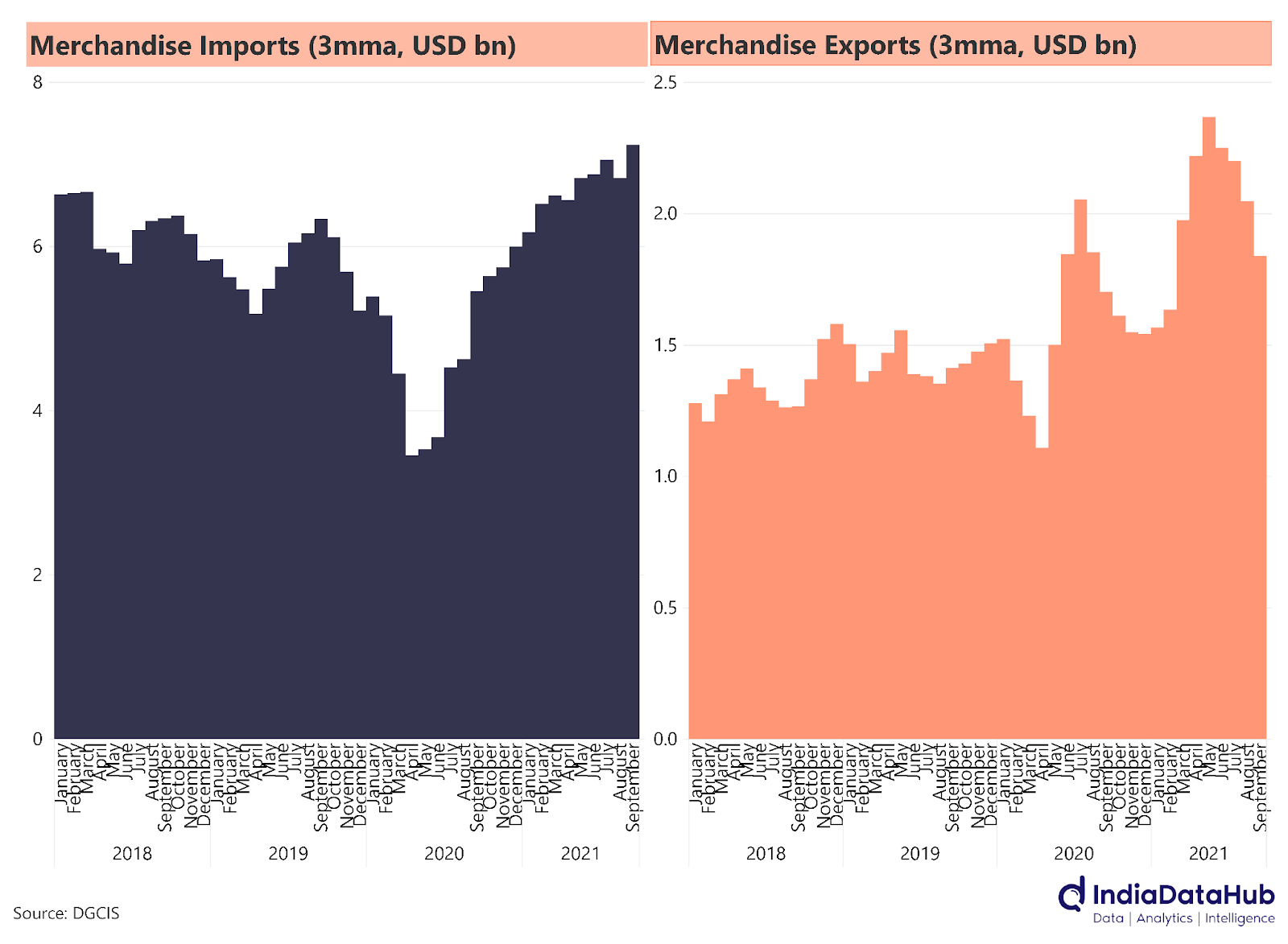 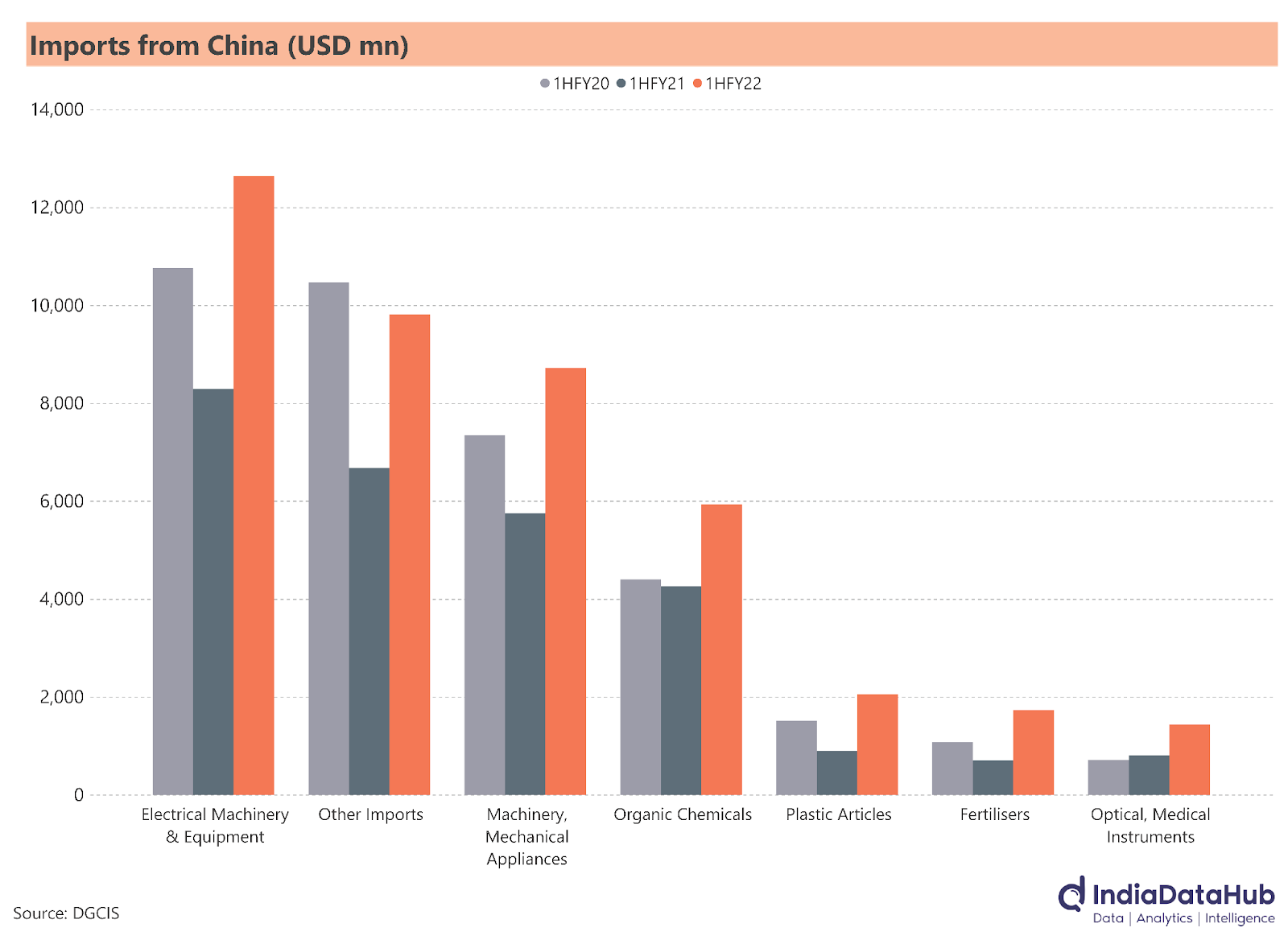 India’s Imports from China are a lot more concentrated than Exports. The top 5 import items contribute to ~70% of total imports from China. Machinery and Appliances are by far the two biggest items of imports from China. Both categories have seen strong growth in imports this year – relative to both 2020 as well as 2019. And given that a large part of imports of these items is for end consumption, this is suggestive of reasonably strong overall consumption demand in India. Organic chemicals is the other large import item from China and it has also seen strong growth in imports this year. 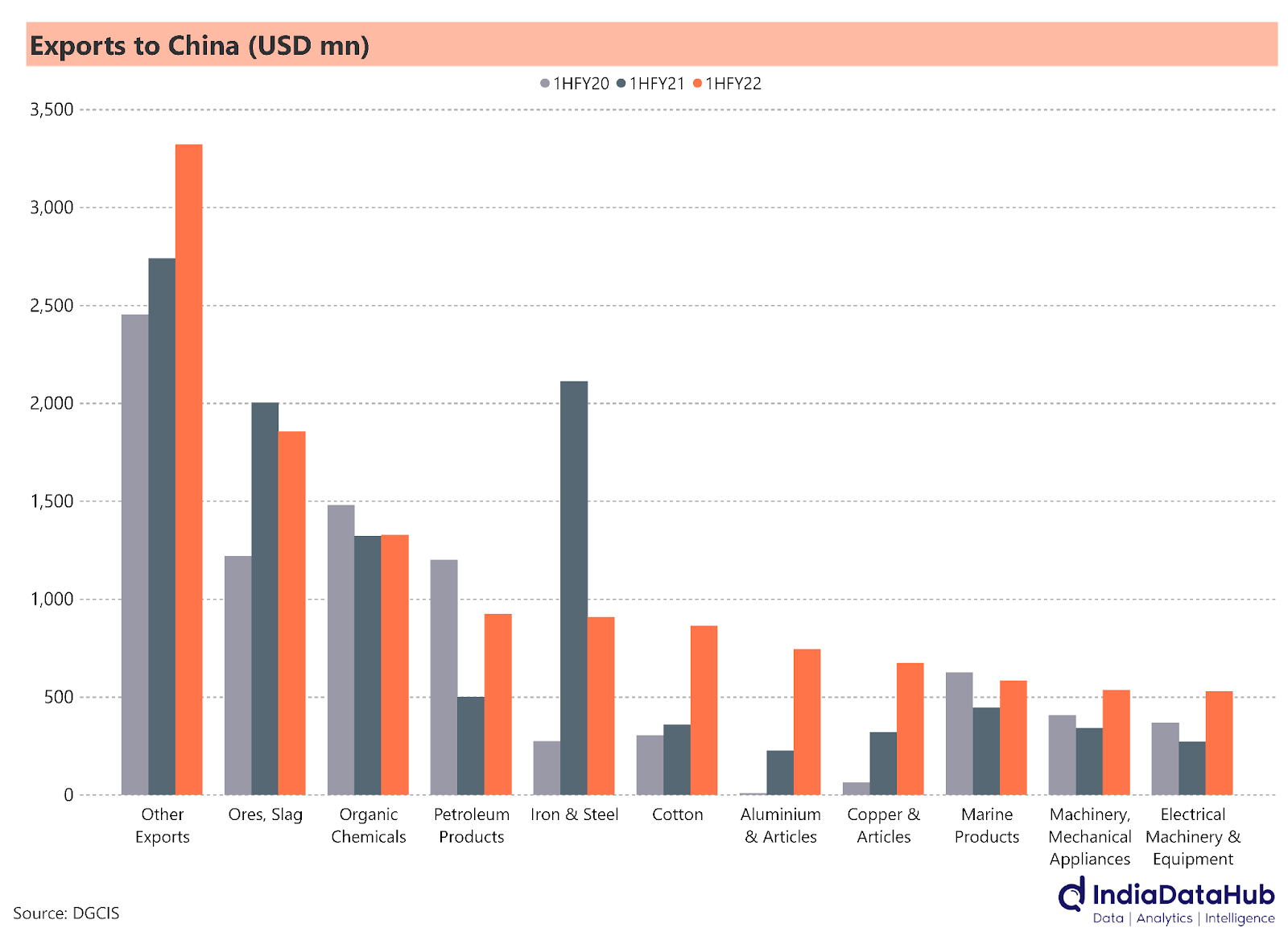 In contrast to imports, India’s exports to China are diversified. The top 5 categories have accounted for less than 50% of the total so far this year. And part of the reason for the sluggish export performance is the three large export categories – Ores, Iron & Steel and Organic chemicals – have either declined on a YoY basis or are flat on a YoY basis.

It Services: The Rise Of Captives And End(?) Of Onshoring?