Almost 60% of the businesses surveyed in the RBI’s quarterly Industrial Outlook Survey in June expect the business situation to improve in the next quarter. In the history of this survey (with the history going back to the year 2000) never have this high a proportion of businesses felt optimistic about the economy. Thus, more businesses are optimistic about the economy currently than they were just after the demonetisation or global financial crisis. On both these occasions, the economy had seen a ‘V’ shaped recovery. 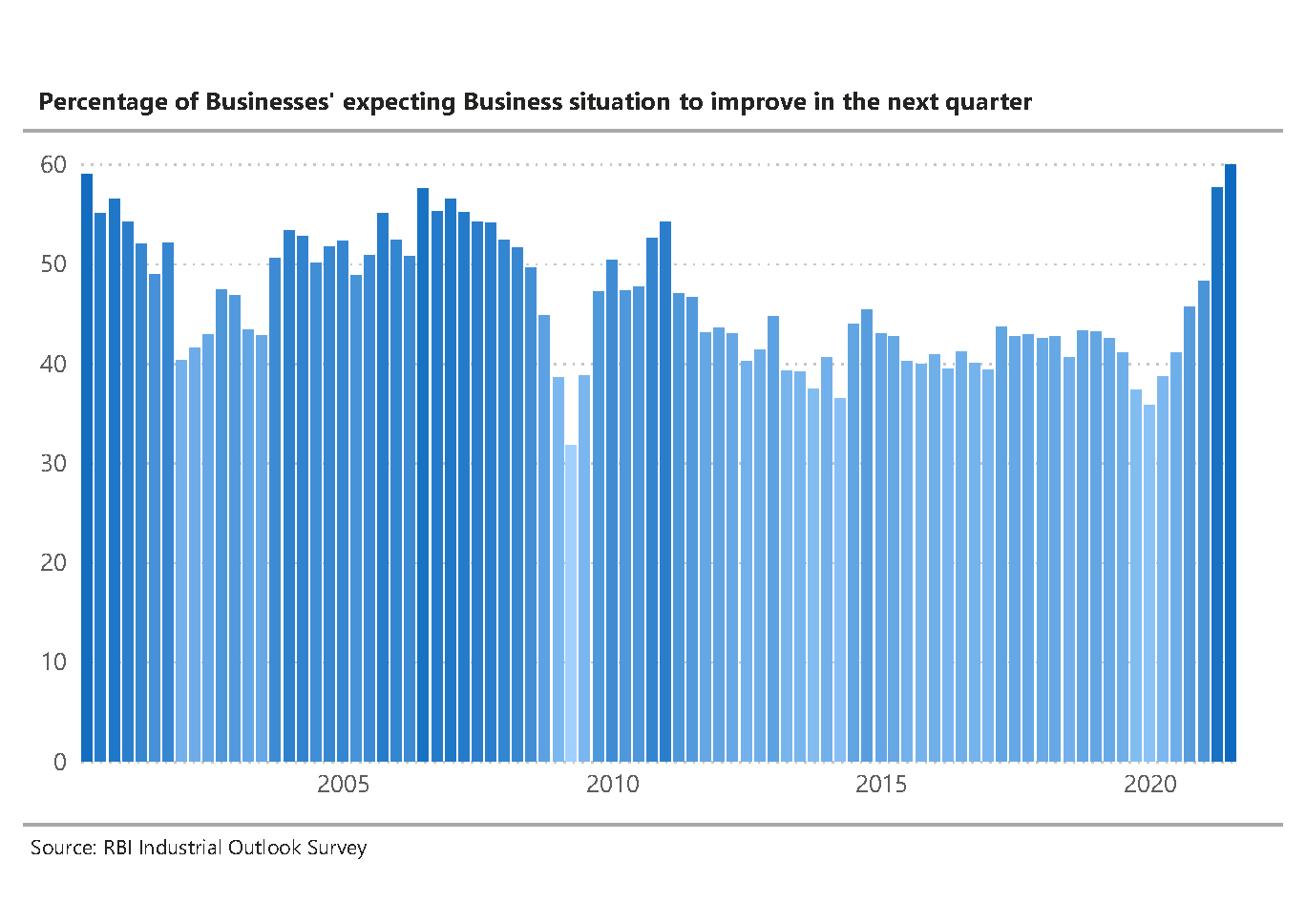 Also worth noting is that the expectation in the previous round of the survey (March quarter) was already the second-highest since March-2000. Those expectations did not materialize since the June quarter saw the impact of the second wave of the pandemic. But despite expectations being belied, and very badly belied, optimism has increased further.

As per the RBI’s Consumer Confidence Survey in July, only 40% of the households responded that the economic situation is likely to improve in the year ahead. While this is higher than during the preceding survey in May, it is lower than in January and March and it is also lower than during the same period last year. 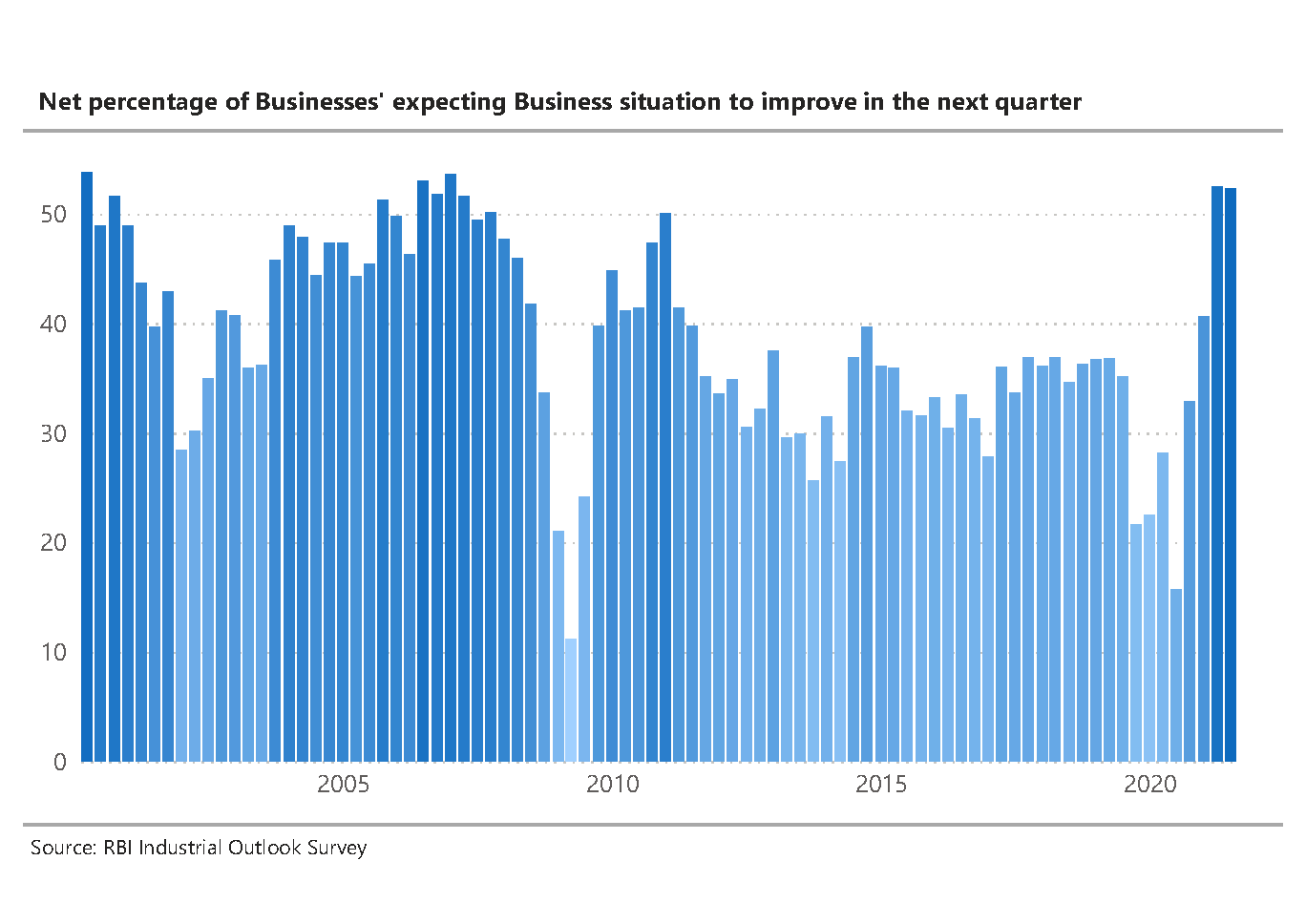 Thus, the business community (as proxied by the RBI’s Industrial Outlook survey) is very optimistic about the near-term economic activity in the country. In contrast, households are painting a very different picture of the economy.  While households’ optimism over the economy has improved compared to May when the economy was amid the second wave, it remains well below the optimism during the March quarter or September quarter last year. 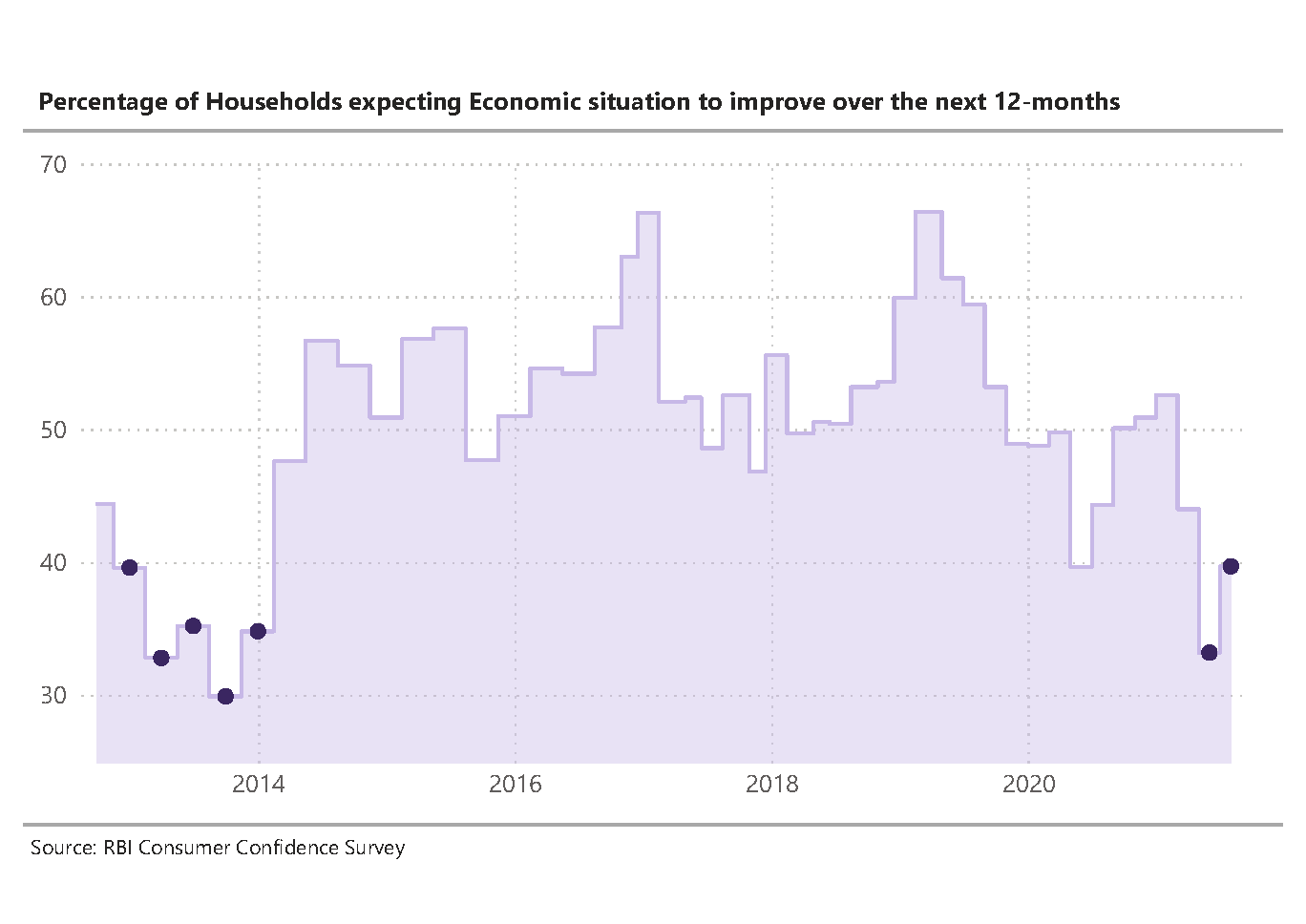 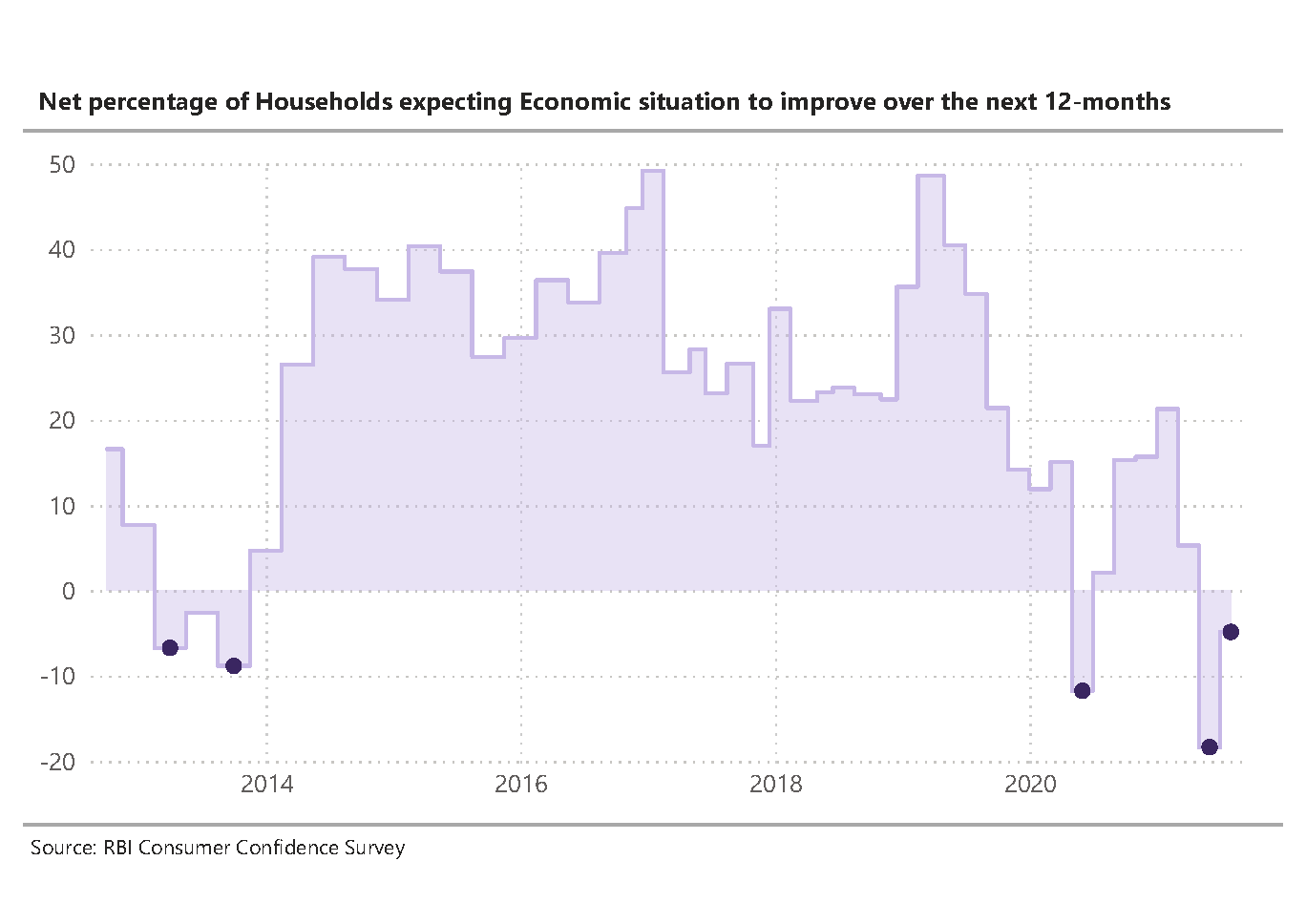 So, what explains this wide chasm in economic outlook as perceived by businesses and consumers? Who will be proven right eventually – will consumers be positively surprised by the economy’s performance over the next few quarters, or will the business community be negatively surprised? Or is this divergence simply reflecting the fact that corporate profitability, at least for the larger corporates, is buoyant even as the broader economy is still struggling from the pandemic and thus both the perceptions reflect reality as the two are experiencing them? And what might be the implication of sustained divergence in economic performance as perceived by these two constituents?

A couple of caveats concerning the data: