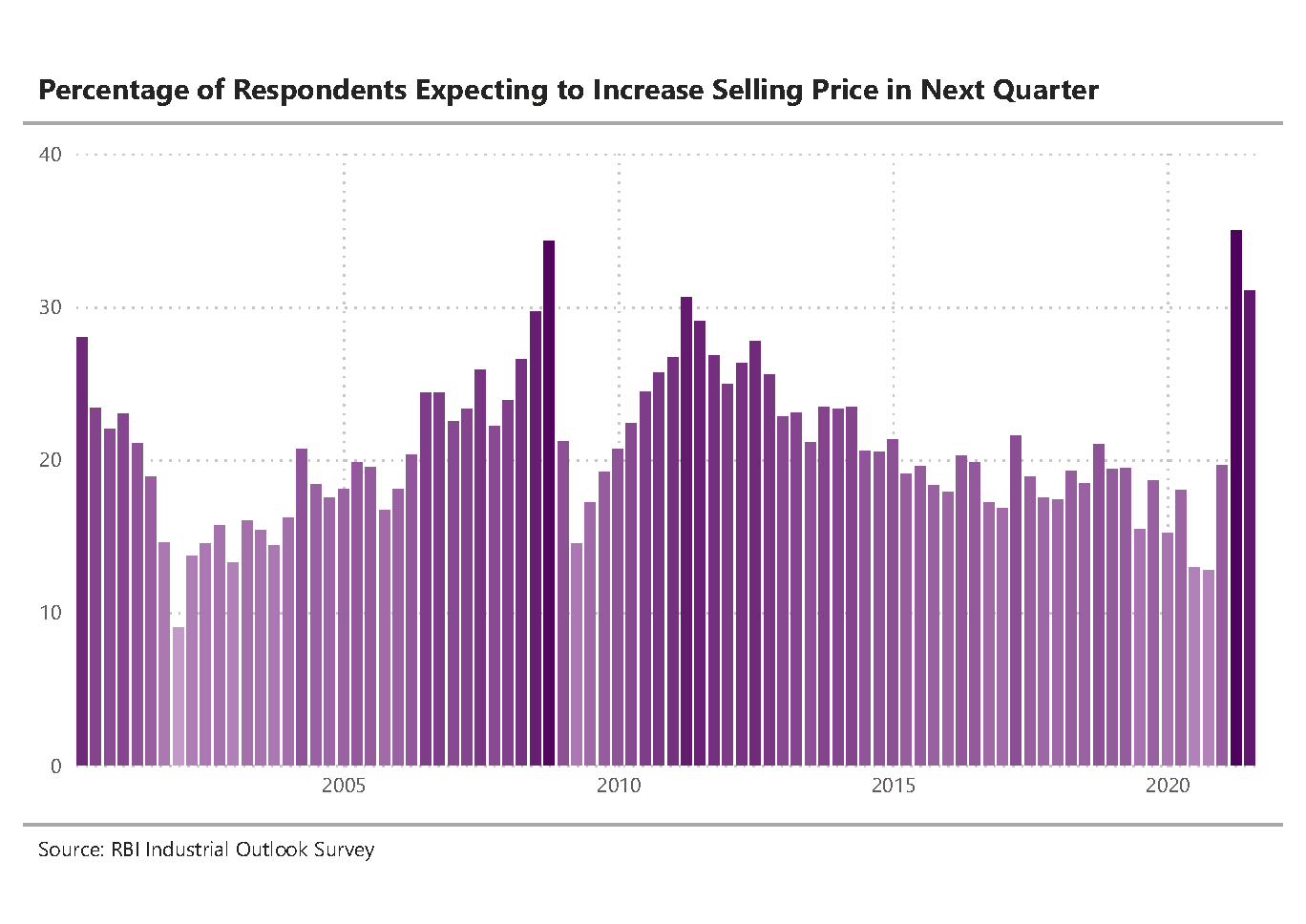 And most of this price increase is expected to flow through to margins (and thus by implication to profits). Almost 45% of businesses expect to see higher margins in the coming quarter, the highest in the history of the survey. Just 11% of the respondents expect margins to decrease, again the lowest in the history of this survey. 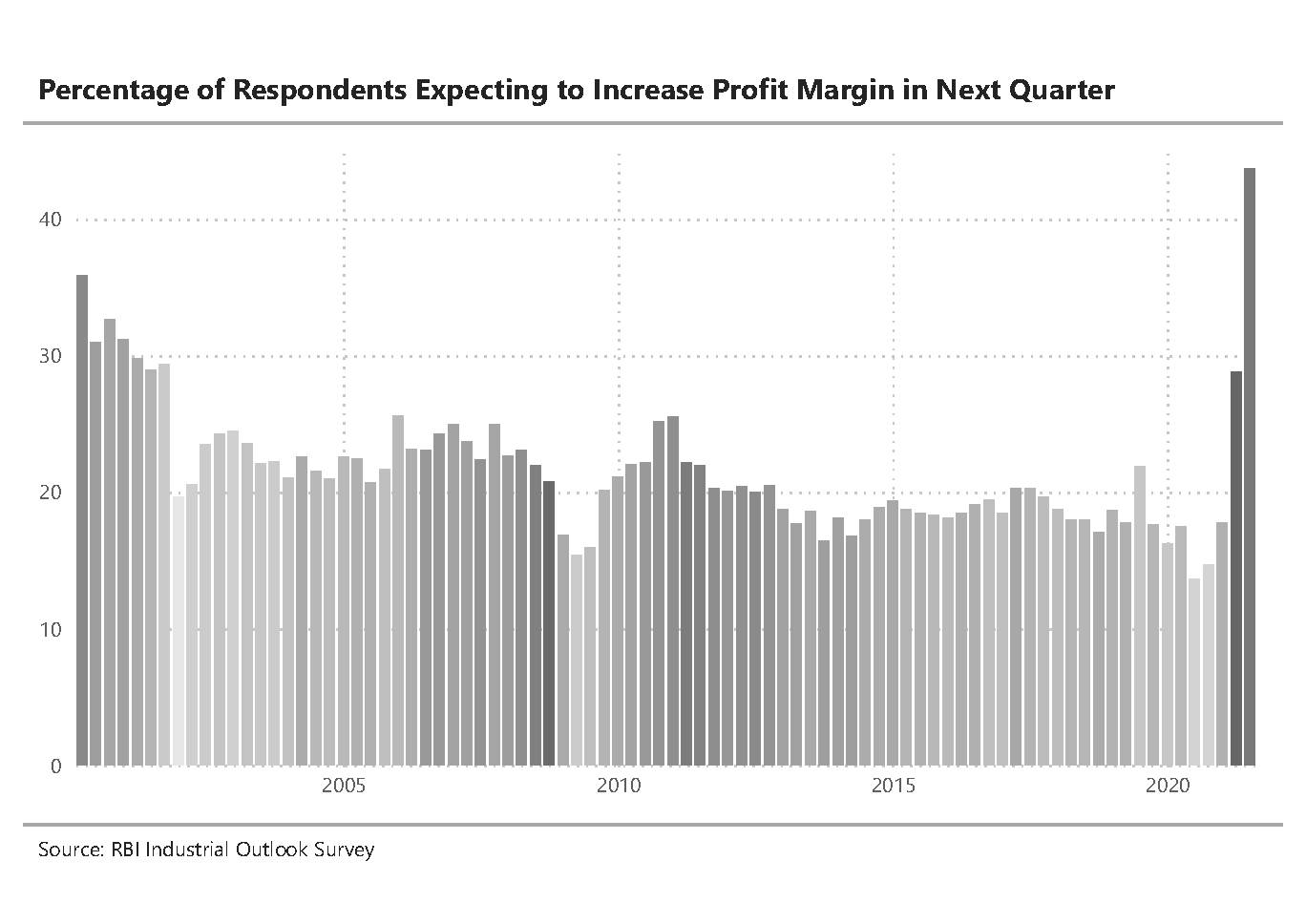 The strong expectation of being able to raise prices to expand margins suggests strong confidence in underlying demand. While on the one hand this is positive for corporate profits (and suggests a ‘V’ shaped recovery in the economy), the flipside for this is already elevated inflation, especially core inflation, and the ultra-easy monetary policy. Both headline and core have remained above 6% for two consecutive months with core inflation remaining above 5% for over a year.

The RBI notes that this inflation is likely to be transitory, as in its assessment it is being driven by supply disruptions. However, if the expectation of a sharp ‘V’ shaped recovery as envisaged by the respondents in the Industrial Outlook survey materializes, then some of the recent uptick in inflation might prove to be sticky. The RBI might be caught off-guard in that scenario.

It is worth noting that the sharper and faster than expected recovery in the economy post the Global Financial crisis (although due to very different domestic and global factors) did similarly catch the RBI off-guard and ultimately resulted in the mini economic crisis during the taper tantrum in 2013.