Banks in India put more of their deposits in Investments (SLR Investments which are mostly Government securities) than they gave out in Loans in the last year. And by some margin – 20%. The last time Banks had put more of their deposits in Investments than given out as loans was in FY17 – the year of Demonetisation when Banks were, in a sense, forced to take in more deposits. And before the demonetisation year, this had happened way back in the year FY04. The incremental Investments (SLR) to Deposit ratio was 46% in FY21 as against the statutory SLR ratio of less than 20%. 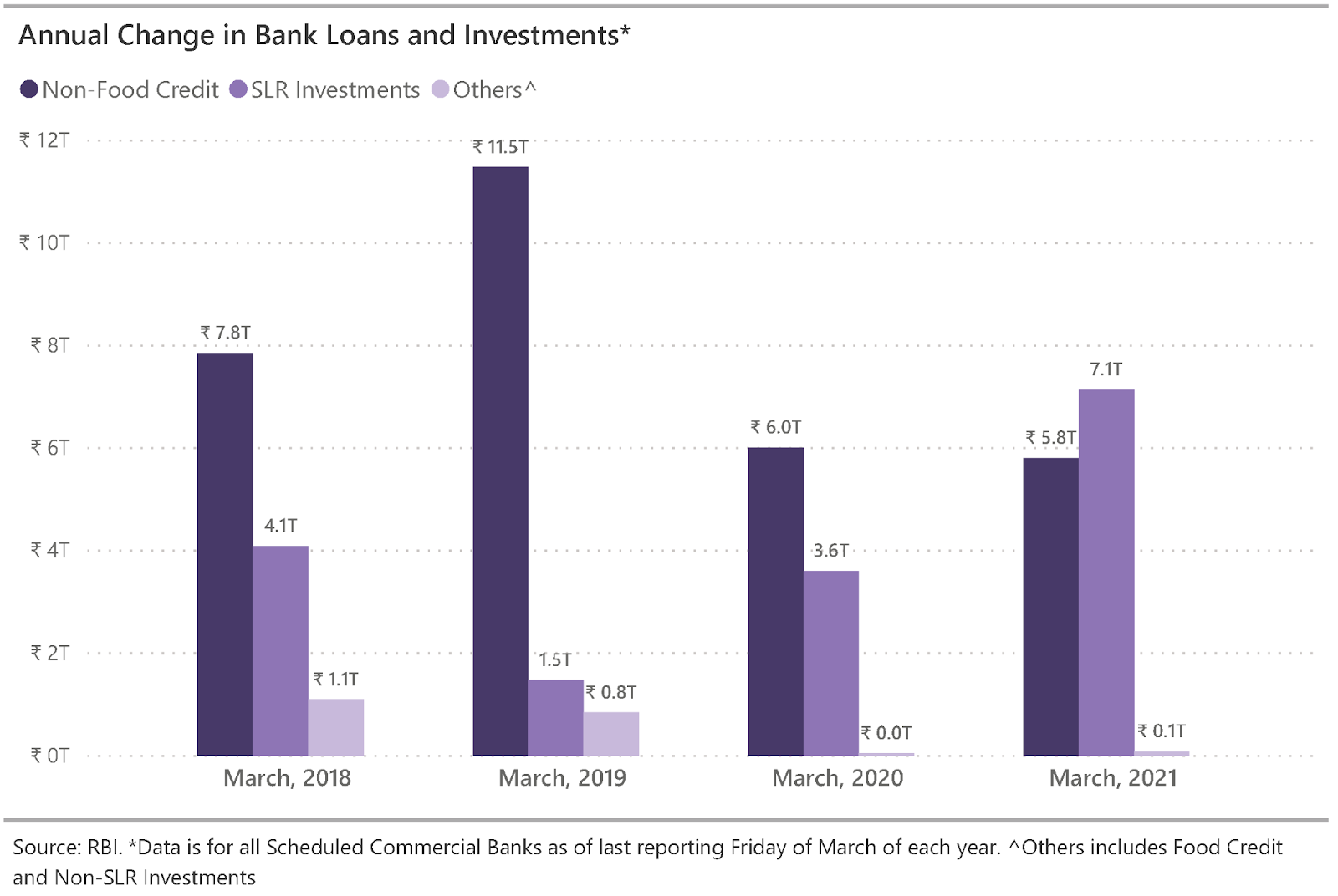 And this happened despite the push from the RBI and Government for Banks to give out more loans. There was both goading of Banks to give more loans as well as incentives – from targeted Repos to lower CRR requirement etc. And while it is difficult to argue what the counterfactual would have been, the fact is that in aggregate, credit growth is currently running even lower than last year. And this was the case even as of March and early April when the second wave of Covid had not yet disrupted the economy. 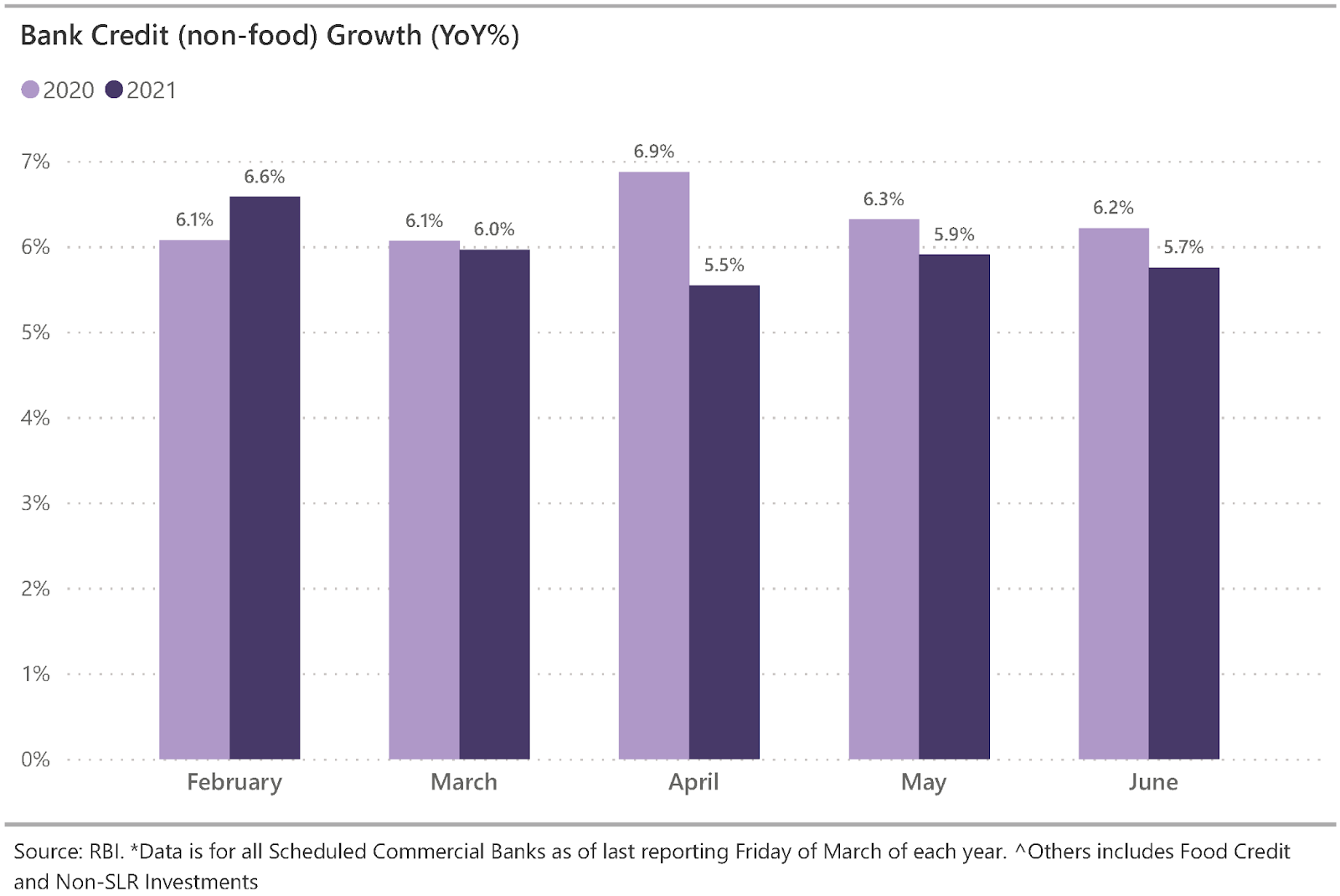 And this is a useful reminder that in an economy dominated by the Private sector, as the Indian economy is now, Credit growth is largely a demand-side phenomenon. Credit growth is therefore largely a function of economic growth and optimism. There is relatively little that the regulator or the Banks can do, on the supply side, to increase credit growth.

This is not to say that they ought not to have done what they did, but those things by and large are effective only at the margin. Equally, it is easy to criticise the Banks for indulging in ‘lazy banking’ but there is precious little that they could have done.

Bank Credit And The Reluctant Corporates

Are Women Getting More Credit?

Npas Are Rising And That Has Risks For Consumption