Guess who has been busy mopping up Government securities?

Last year saw a big increase in the Government's deficit as the Covid pandemic depressed revenues. And to fund this higher deficit, the Government had to borrow a lot more from the market. Aggregate market borrowings (net of redemptions) of Central and State Governments (dated securities and treasury bills) doubled in FY21 to ₹20tn from ₹10tn in FY20. Most of the increase was due to higher borrowings by the Central Government. 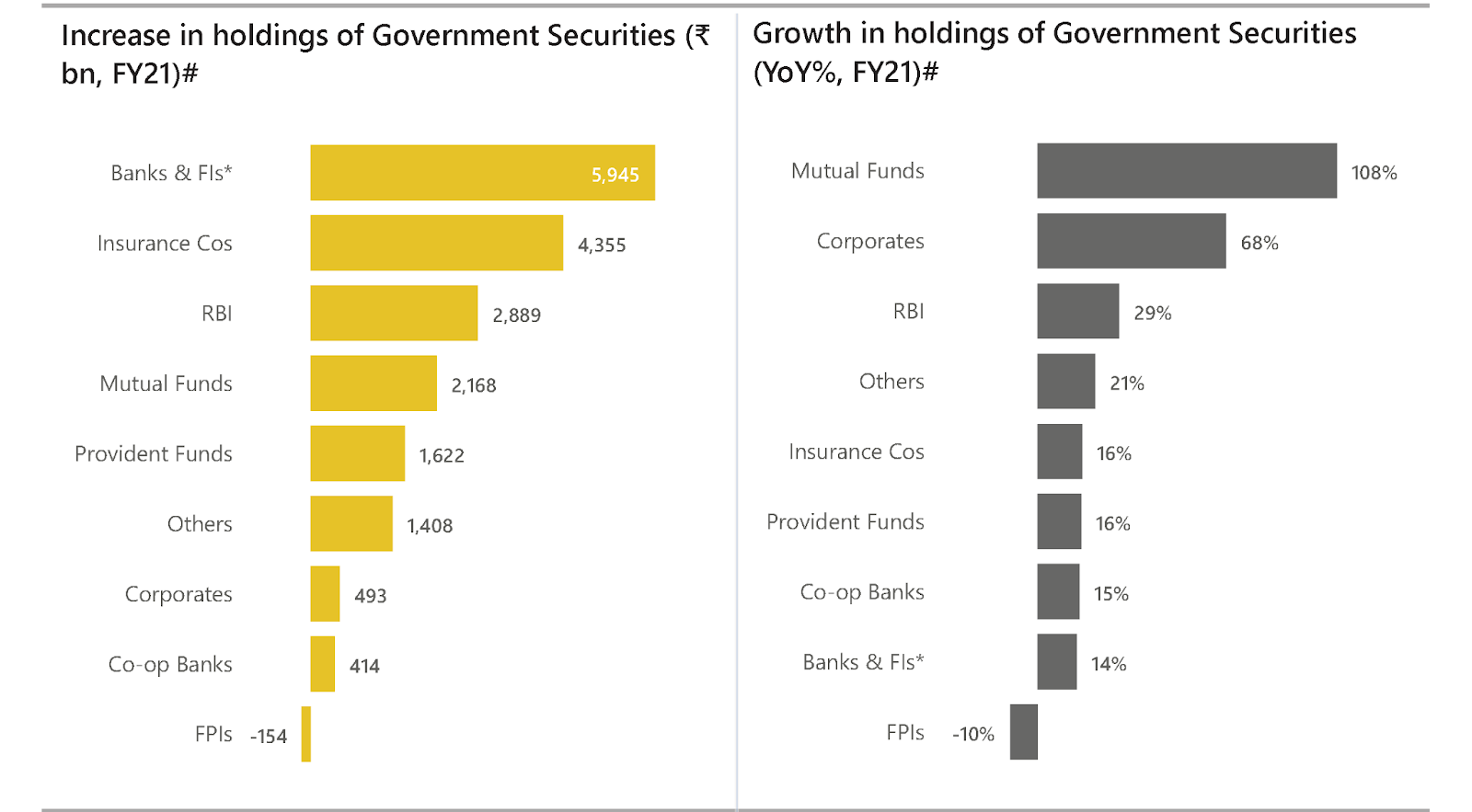 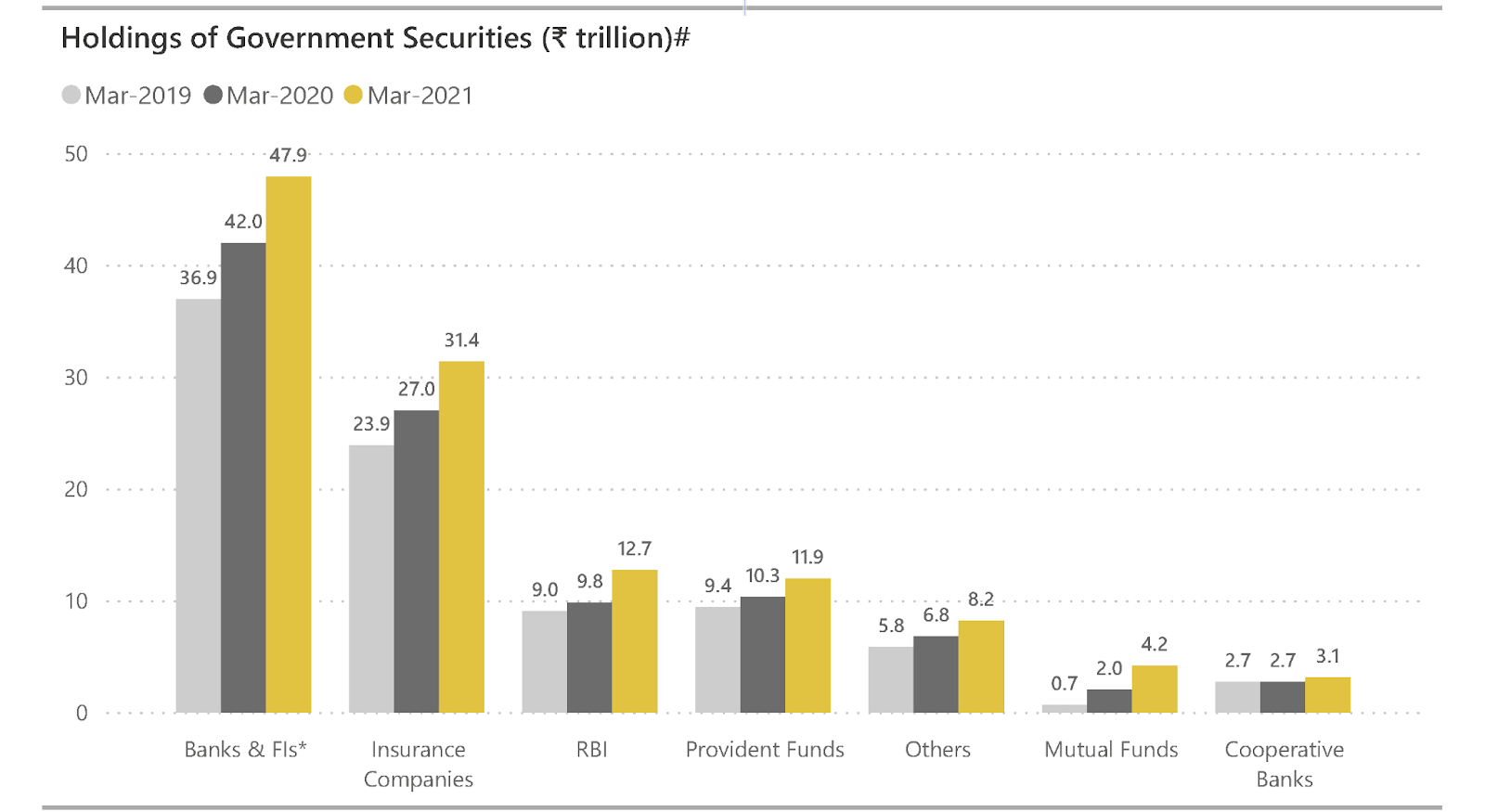 The Rise In Government Borrowings