The demonetisation of 2016 introduced the ₹2000 currency note. And ever since there has been talk of a second demonetisation that takes away this high denomination note from circulation. This talk has almost always been dismissed by the Government and the RBI.

This is being achieved by withholding the supply of new ₹2000 currency notes even as existing ones go out of circulation as they get spoiled or damaged. In the last 2 years not a single new ₹2000 currency note has been issued. And in the year before that, less than 50m fresh notes were issued. This clearly is a conscious policy decision.

As existing ₹2000 notes continue to get soiled and damaged, they will come back to RBI which will in lieu issue lower denomination notes. So, the number of ₹2000 notes will over time continue to shrink even as currency in circulation continues to expand. The ₹2000 note will thus de-facto get demonetised though not de-jure. 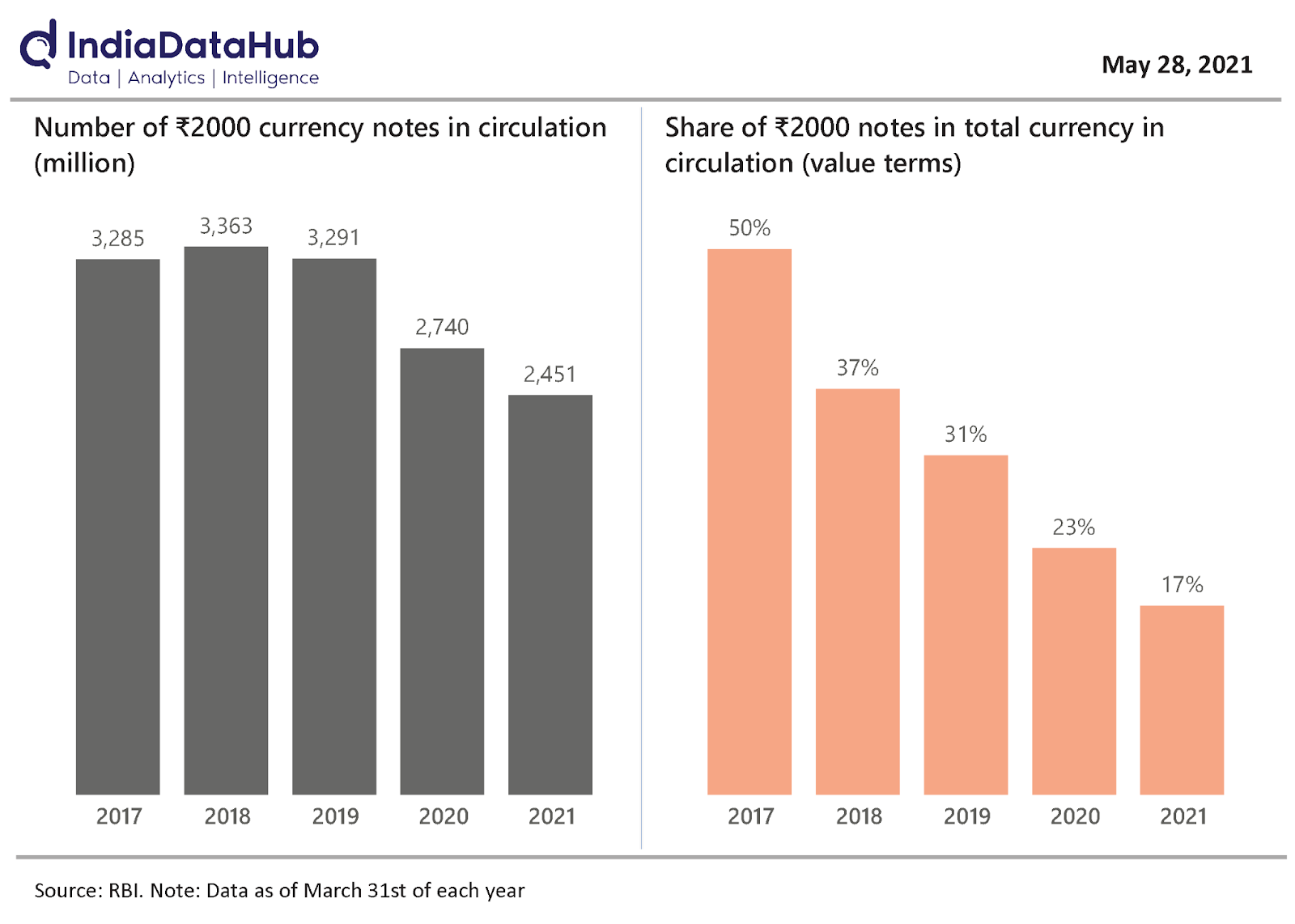