Foodgrain stocks with the Food Corporation of India (FCI) reached a record high of 91 million tonnes as of 1st July. Of the 91 million tonnes of stocks, a third of the total stocks were those of Rice and the remaining of Wheat. Both Rice and Wheat stocks rose 10% YoY. 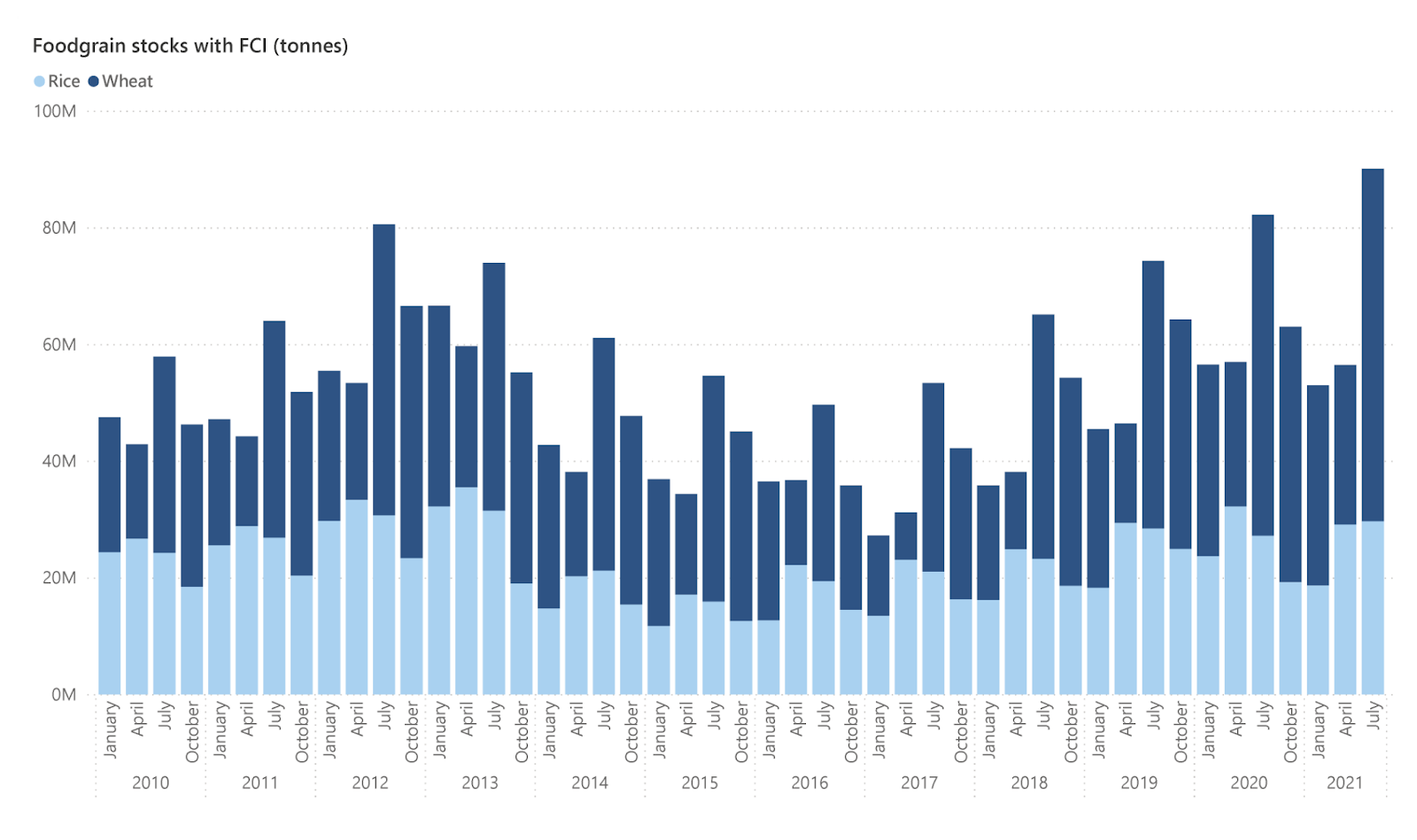 Source: Department of Food and Public Distribution. Data is as of the 1st of every month

Stocks are large, whichever way one looks at them 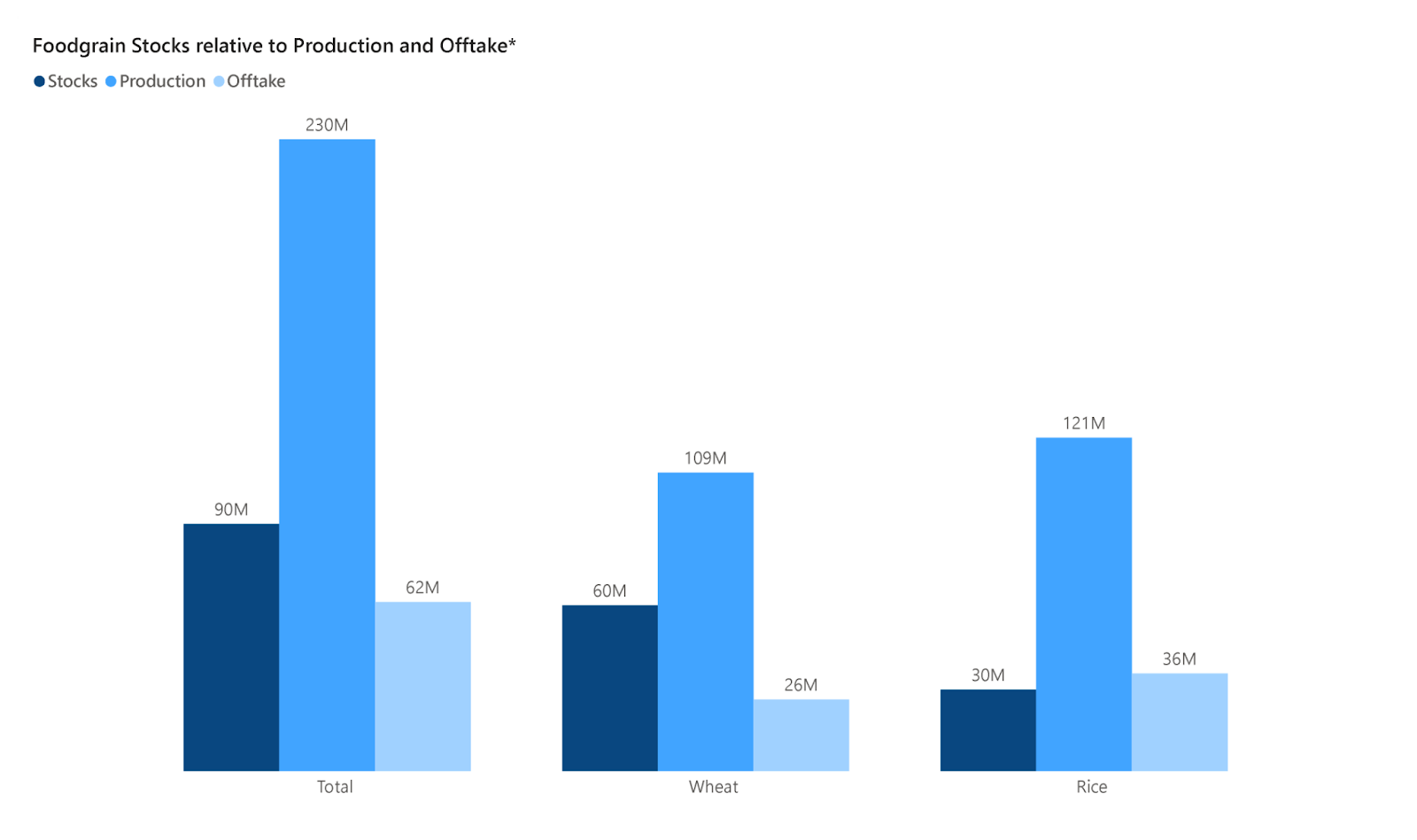 Source: Department of Food and Public Distribution. *Offtake data is for the year ended March-2021, Production data is estimated for the crop year ending June-2021 while stocks data is as of 1st July 2021. Total Stocks, Production and Offtake is the aggregate of Rice and Wheat

The reason for this build-up of stocks is a combination of higher procurement by the FCI and lower offtake under the various Food Security schemes. In the last 2 years, Rice and Wheat procurement has grown in the low teens on an annualised basis. In contrast, offtake of Rice has been almost stable while that of Wheat has declined 5%. 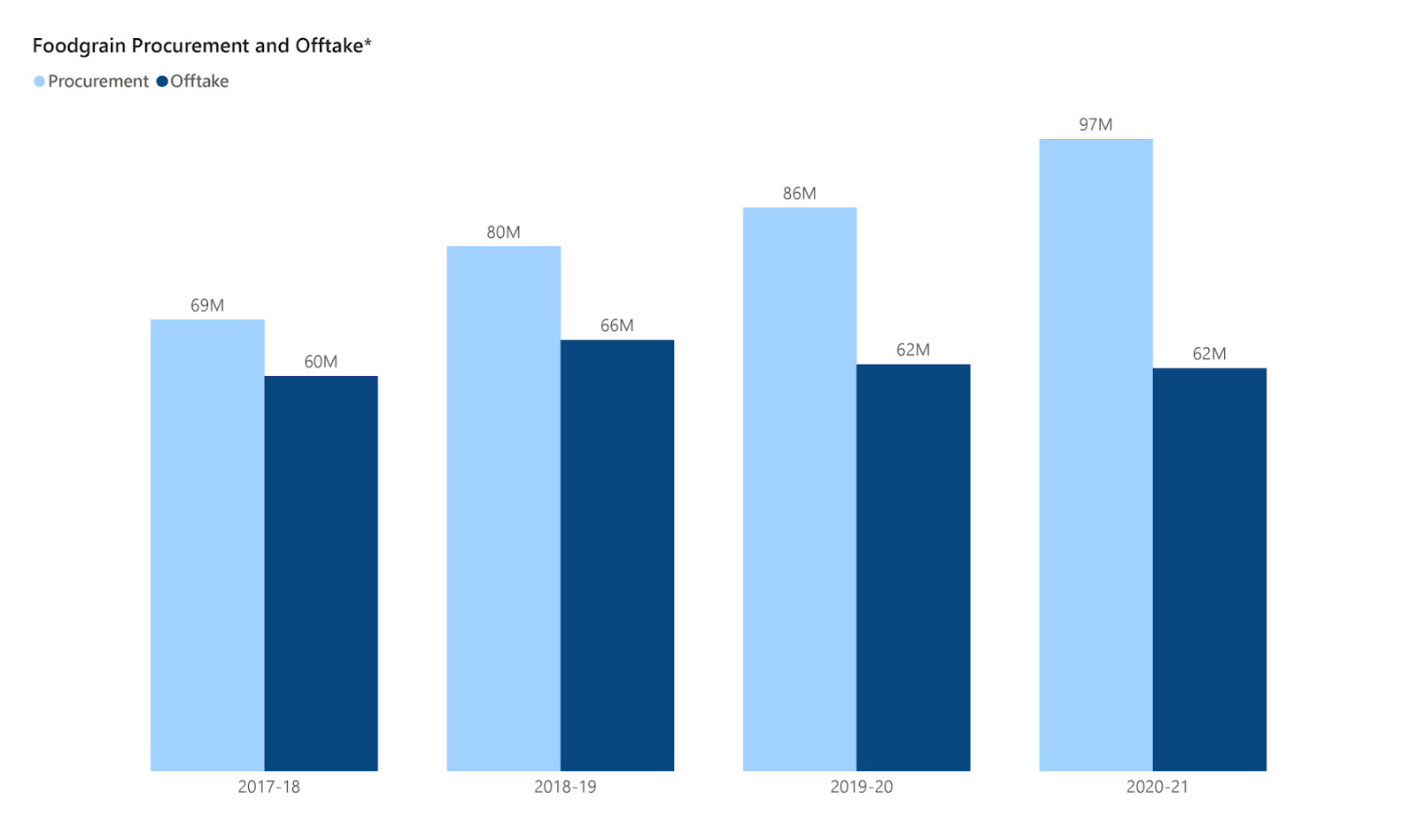 What is the problem with higher stocks?

There are three issues with the FCI holding such large stocks. First, FCI makes its purchases at the officially announced MSP. When such large purchases (that eventually result in high stocks) happen at MSP, it ends up distorting the market prices. Price signals are important for farmers to decide on which crops to produce. Artificially high prices of Rice and Wheat signals more production of these crops at the expense of other crops. Second there is a cost associated with holding such stocks. And that cost is borne by the taxpayers. Third, FCI’s ability to hold such stocks without them getting damaged/wasted is itself an open question.

At this rate, unless offtake picks up meaningfully (and it is unlikely), the Government will either have to curtail procurement sharply in the current crop season or resort to open market sales to reduce the level of inventory. This will depress market prices, the opposite of the Government's objective.