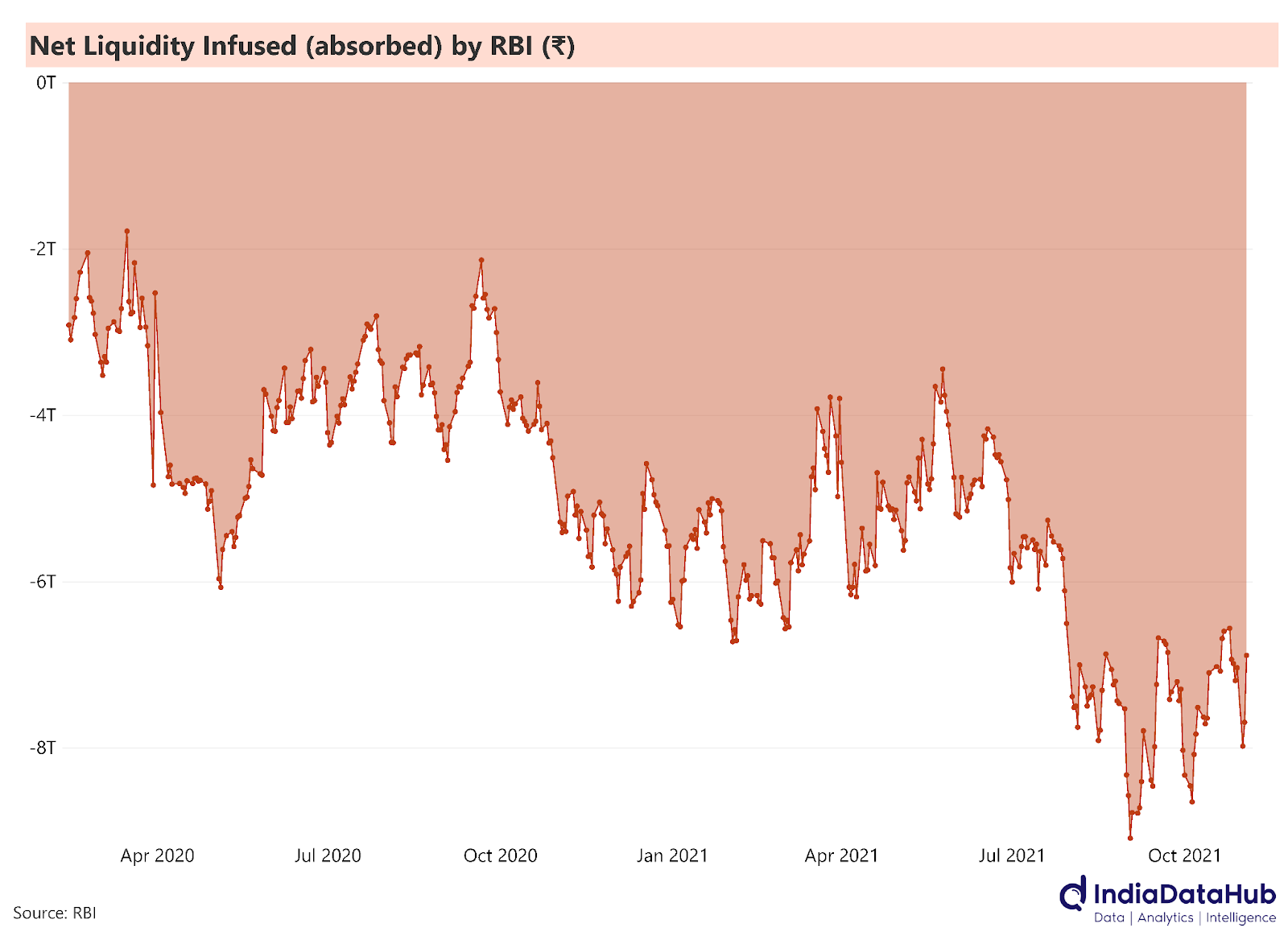 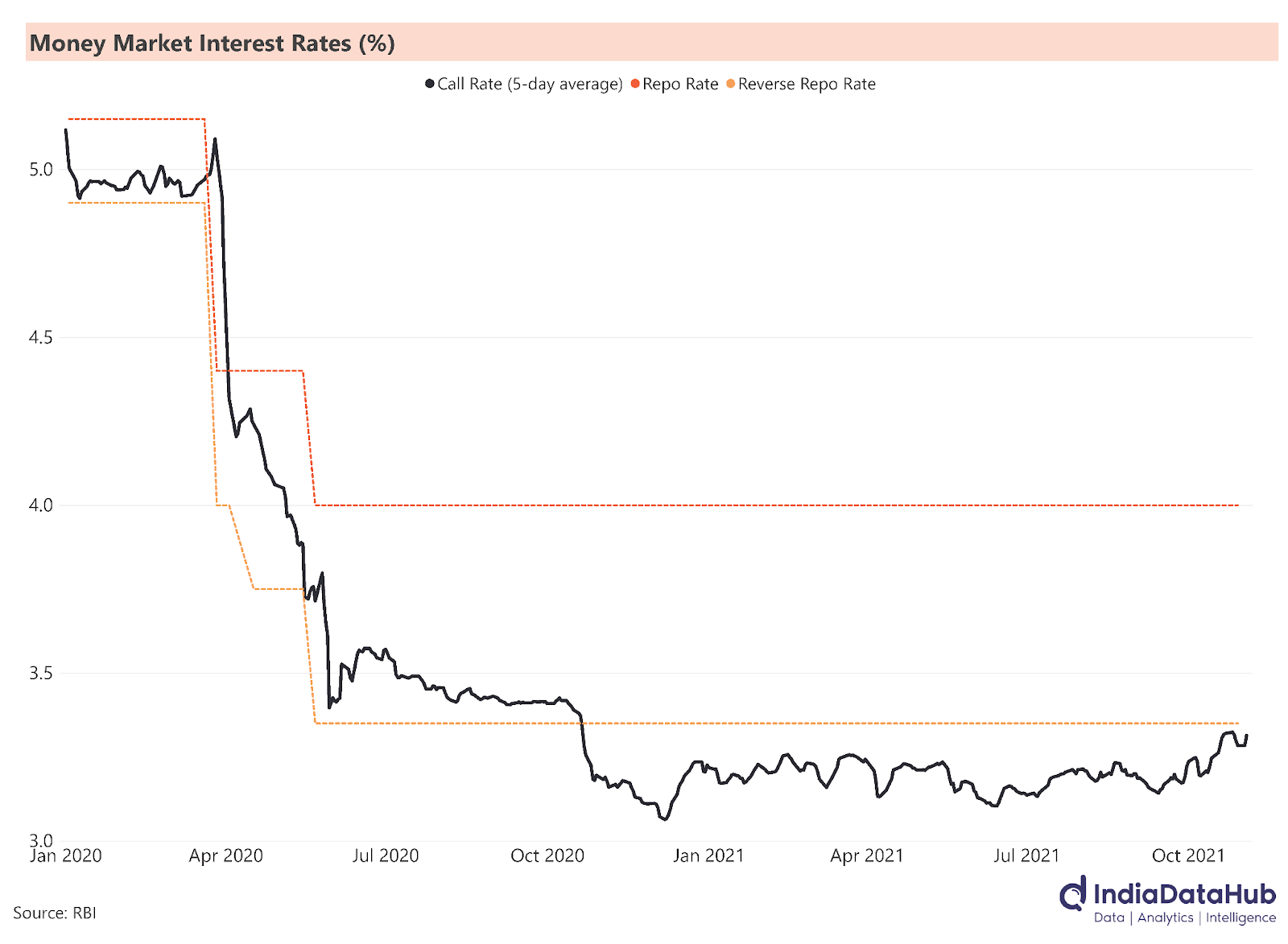 Even higher up the yield curve, rates have risen in recent weeks. The yield on the 3mth sovereign bond has increased by almost 45bps since early October and is the highest since April last year. Similarly, the 1yr sovereign bond yield has increased by almost 50bps since August. At 4.1%, the 1yr bond yield is now above the repo rate after being below it pretty much throughout since April last year. The yields have increased at the long end of the curve also, but by a lesser magnitude – the 10yr yield has increased by ~25bps in the last few weeks. 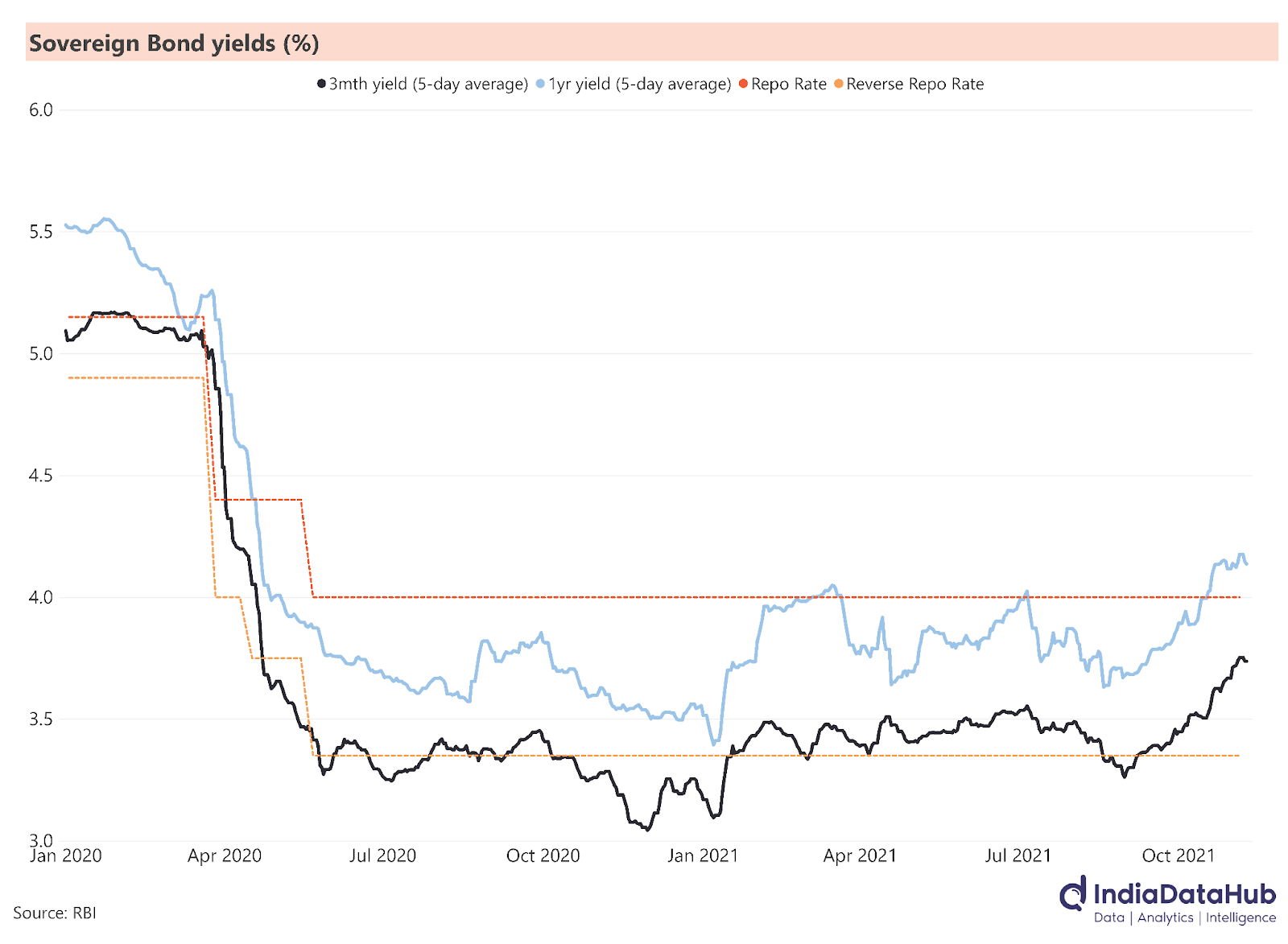 The bottom line is that while the RBI has not signalled any change in monetary policy stance (liquidity surplus remains large), the markets have adjusted and prepared for a return to more normal times. The money market rates are now anchored close to the reverse repo rate, the de-facto monetary policy rate currently. Short-term government bond yields are now in sync with the pre-pandemic levels, given the policy rate.

However, the adjustment is still incomplete. The next stage in the return to normalcy will require money market rates to be anchored to the repo rate rather than the reverse repo rate. And this will imply a 50-60bps rise in money market rates from the current levels. But this will require the RBI to either take away the liquidity punchbowl or sterilise the excess liquidity. Irrespective, the interest rate cycle is now on an upswing.