India currently has an installed base of 240,000 ATMs. Most of these, are owned by Banks while a small number of them (~11%) are white label. And the number of ATMs is currently growing at a very modest pace. In the last 3 years, the number of ATMs has increased by a modest less than 10%. 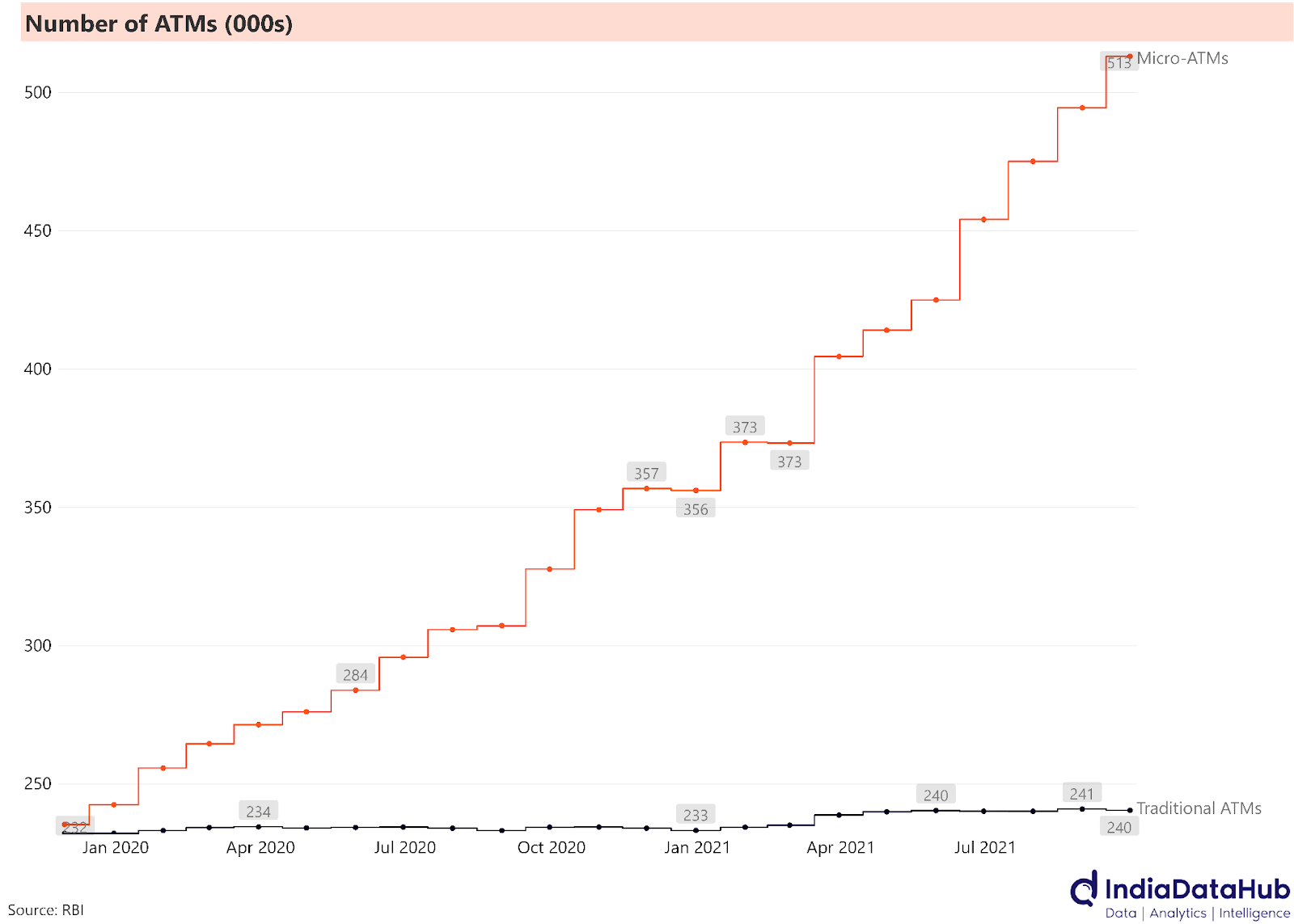 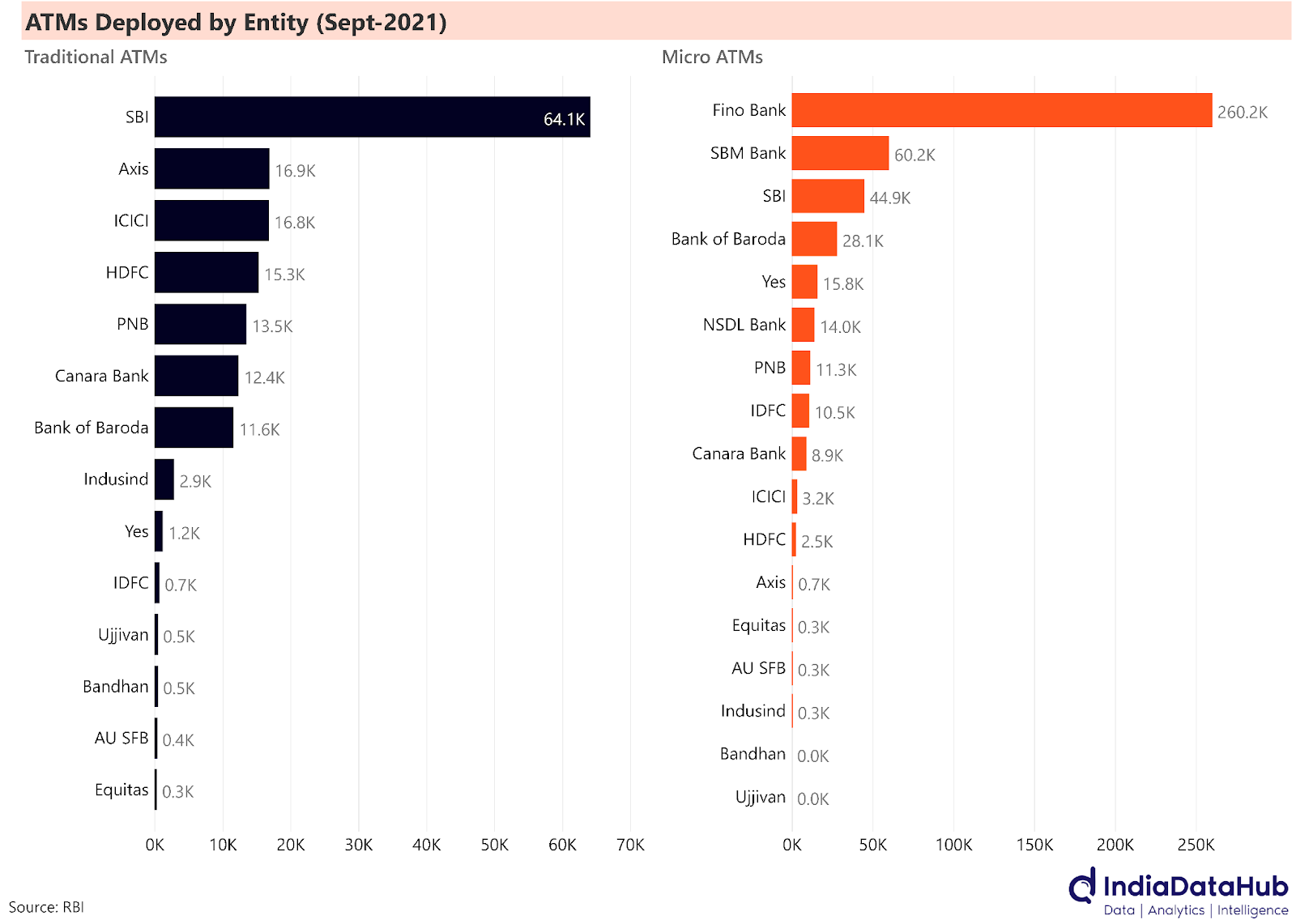 Unlike a traditional ATM that holds cash and dispenses it, a micro-ATM does not hold cash. It is an authentication device used by the likes of banking correspondents to dispense cash. That means, unlike a traditional ATM to which customers walk up to, a micro-ATM is mobile and thus it can reach the customers to provide cash. It is thus a valuable tool to make banking more accessible in smaller towns and villages.

The ability to access one’s savings when needed increases the willingness and confidence to use the banking system as a vehicle to save money rather than put it in a chit fund or a local moneylender or buy gold or keep cash under the proverbial pillow. This should thus aid in bringing hitherto unbanked or underbanked people into the formal banking system, from a savings and not just a credit perspective.

Are Women Getting More Credit?