The Rise Of Passive Funds

The Indian Mutual Fund Industry has grown manifold in the last few years. The total assets managed by the industry has more than doubled in the last 5 years to reach ₹37 trillion as of September-2021. In the last 10 years, the assets under management have increased almost six times. Relative to Banks’ the assets managed by Mutual Funds have risen to more than 20% of Bank Deposits and 40% of Bank Fixed Deposits. The point is that the Mutual Industry has grown rapidly in the last few years and has become reasonably large relative to the Banks. 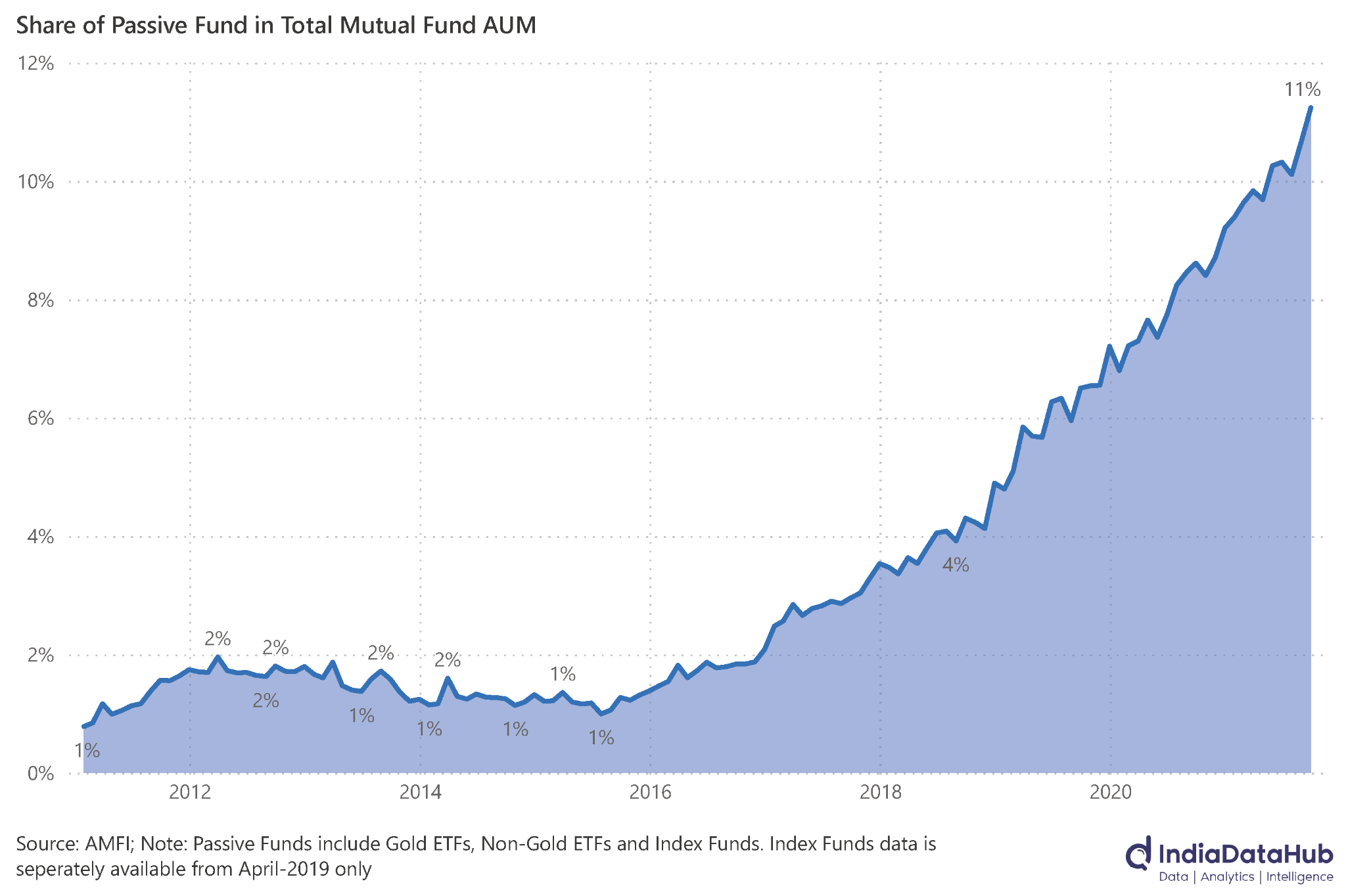 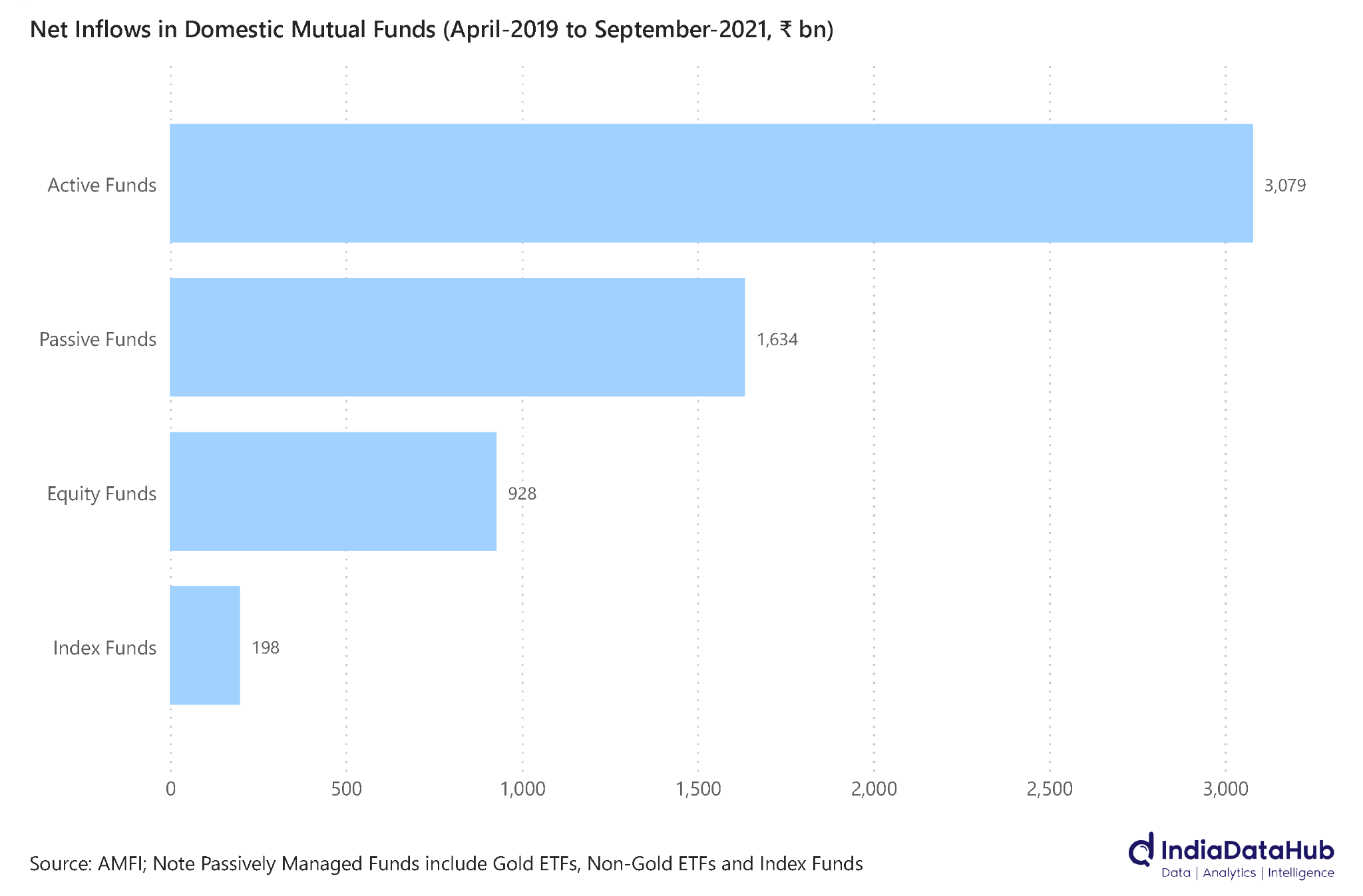 A large part of this trend is due to the EPFO investing a part of its corpus into ETFs (beginning with 2015-16). Thus almost 90% of the passive money managed by mutual funds is in non-Gold ETFs, an overwhelming majority of which will be the EPFO corpus. This is thus institutional money (although end beneficial owners are hundreds of thousands of employees. But Index Funds which are mostly subscribed to by non-institutions have also seen strong inflows in recent months. Thus, while Index funds in aggregate constitute less than 1% of total assets of the industry, they have attracted 4% of total net inflows since April-2019 and YTD (April-Sept 2021) they have constituted 6% of net inflows. 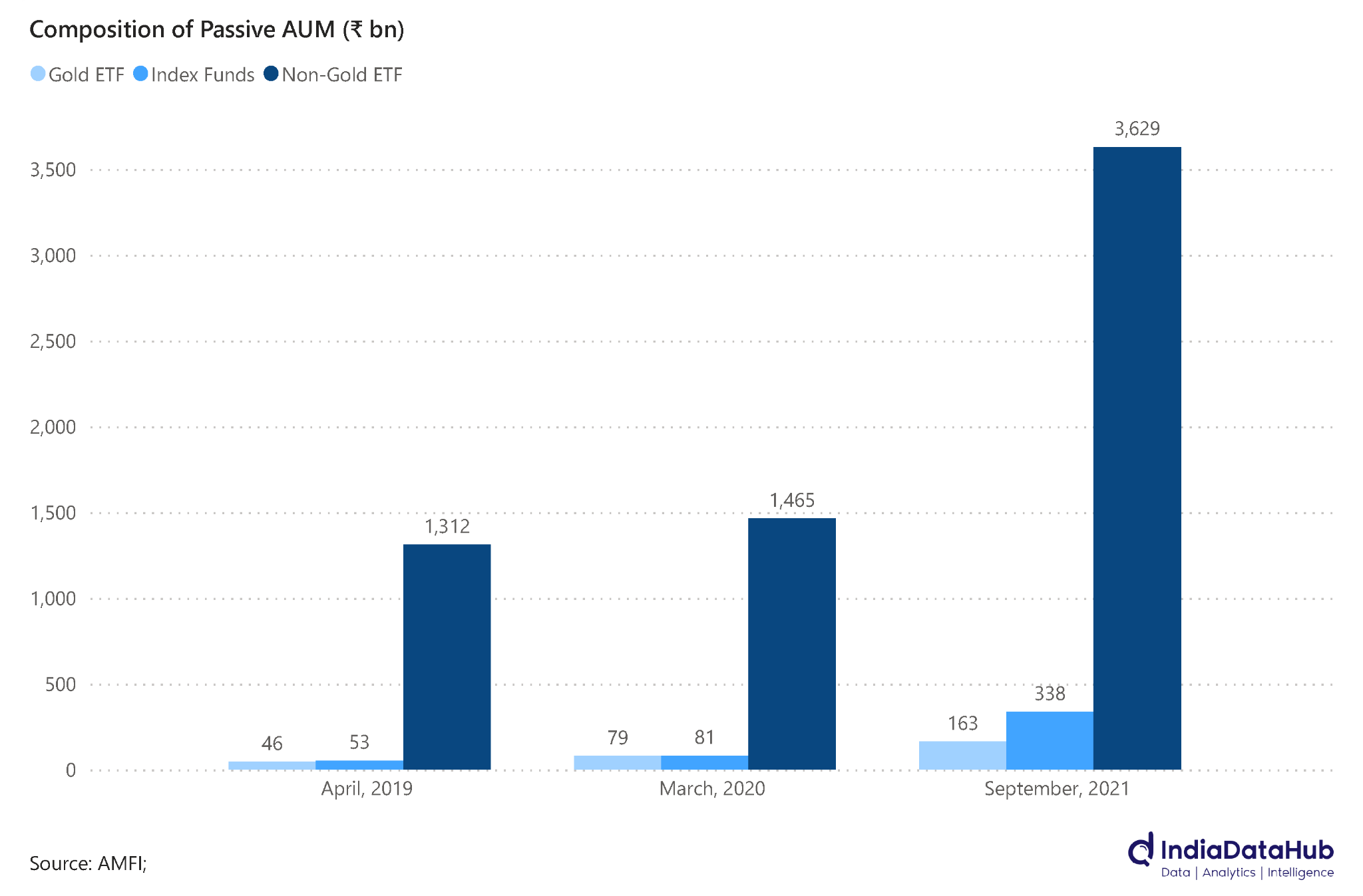 Admittedly, this is still a small number. But given that most of the Index funds are equity-oriented if we compare to just the equity funds, the numbers are material. In the last 2.5 years, inflows under Index funds totalled 20% of the inflows under Equity funds. 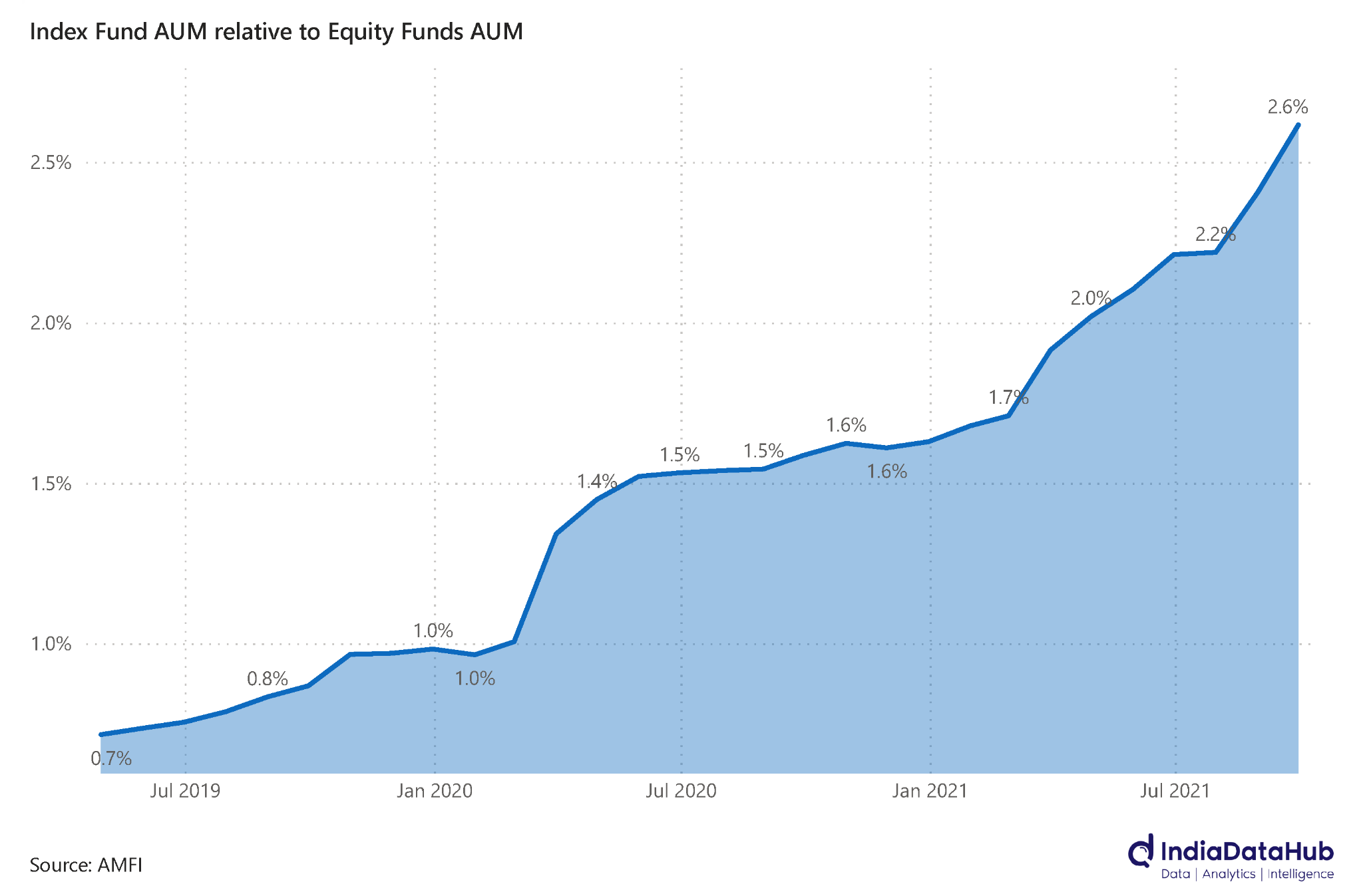 Whichever way one looks at the data, the conclusion is broadly the same. While in terms of total assets the passive funds are still small, incrementally they are attracting a far bigger share of the money/net inflows. There are three interesting questions that follow from this.

The Fall Of Fixed Term Plans