The telecom story in India is all about data. Since the launch of Jio and largely because of the disruption caused by Jio (and the introduction of 4G), data consumption in the country has exploded. In the last 5 years, mobile data consumption has grown over 50-fold. An average user today consumes 13GB of mobile data per month. This is a 25-fold increase in the last 5 years. 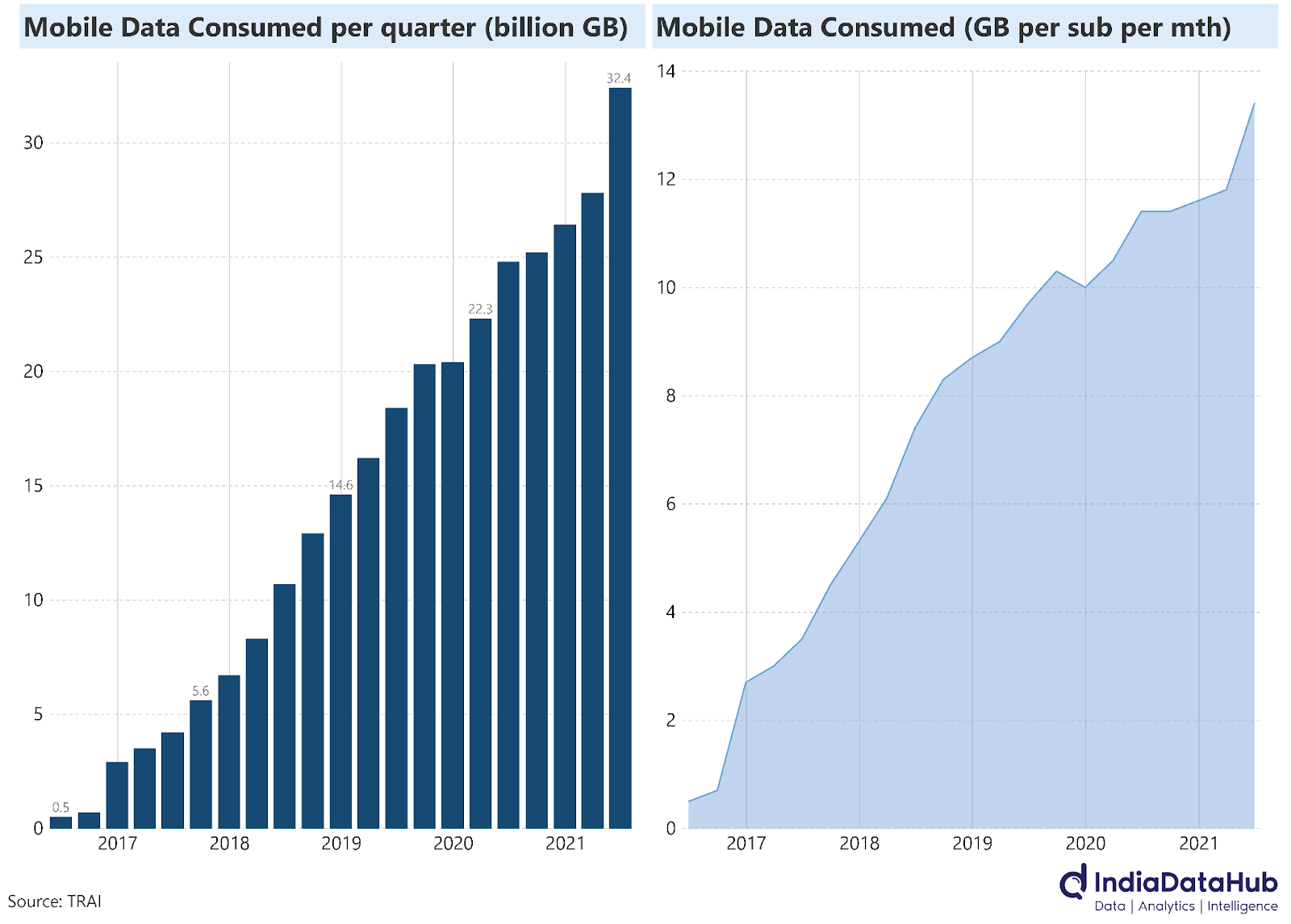 Having said this, an ignored aspect of the telecom story also is the huge increase in voice usage. And this increase has broadly run parallel with the growth in data consumption. Since 2016, the average minutes of usage (MoU) per subscriber has more than doubled. An average subscriber now spends eight hundred minutes per month talking to others (incoming and outgoing calls) – almost half an hour each day. And this increase has come after almost 6 years of stable voice usage. 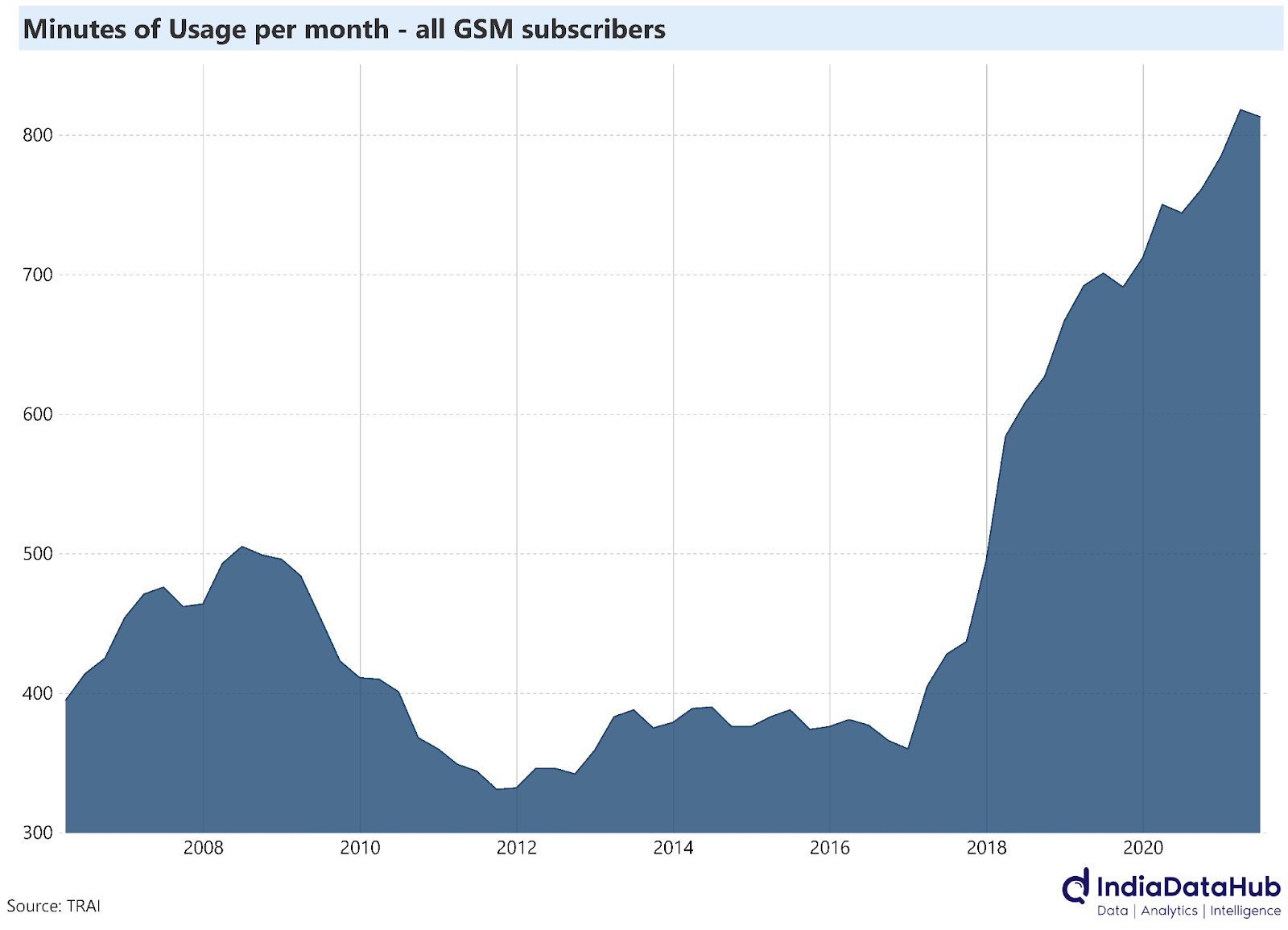 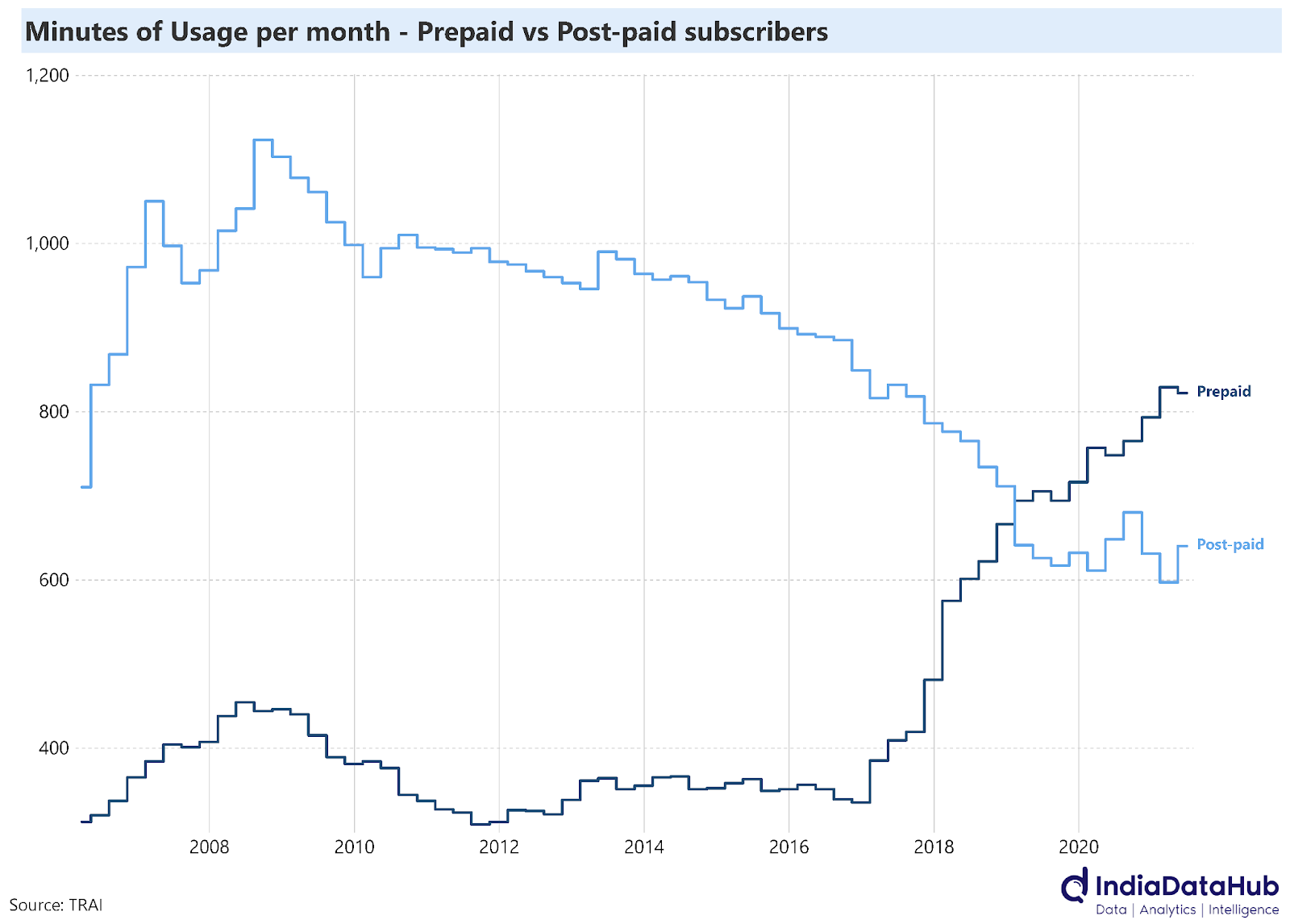 So, it is likely that for a certain segment of users, the substitution of voice by data, is happening. The voice usage by post-paid customers has fallen by a third in the last 5 years. But this is a relatively smaller segment of the market. For a much larger segment, their overall usage of telecom services – both data and voice – has expanded due to the fall in prices.

So, will this trend continue before it reverses, or will it not reverse for a certain set of users? Five years down the line, would the usage of voice calls have increased further, remained around the same or reduced, compared to the current level?

PS: Our cross-platform excel plugin is live on the Microsoft Office Addin store. You can download it now. The Addin will work with Excel on Windows, Mac or even on the browser. You will, of course, need credentials from us to make it work 😊. But should you be interested, give us a shout by writing to [email protected] and we will be happy to give you a walkthrough.

The Rise Of Fixed-Line Telecom Services