Upi And The Premiumisation Of Card Payments

The rise of UPI has been the biggest disruption in the payment’s ecosystem ever. From zero five years ago, UPI now accounts for 18% of retail digital payments. The disruption caused by UPI is manifesting itself in several ways. On one hand, it is replacing cash, as was anticipated, for smaller ticket payments such as roadside vendors selling fruits or vegetables. But UPI is also competing with other established modes of payments – such as credit and debit cards which were the dominant modes of consumer payments before UPI. And while the UPI has not eliminated the usage of cards as some had prophesied, it has nevertheless impacted them. 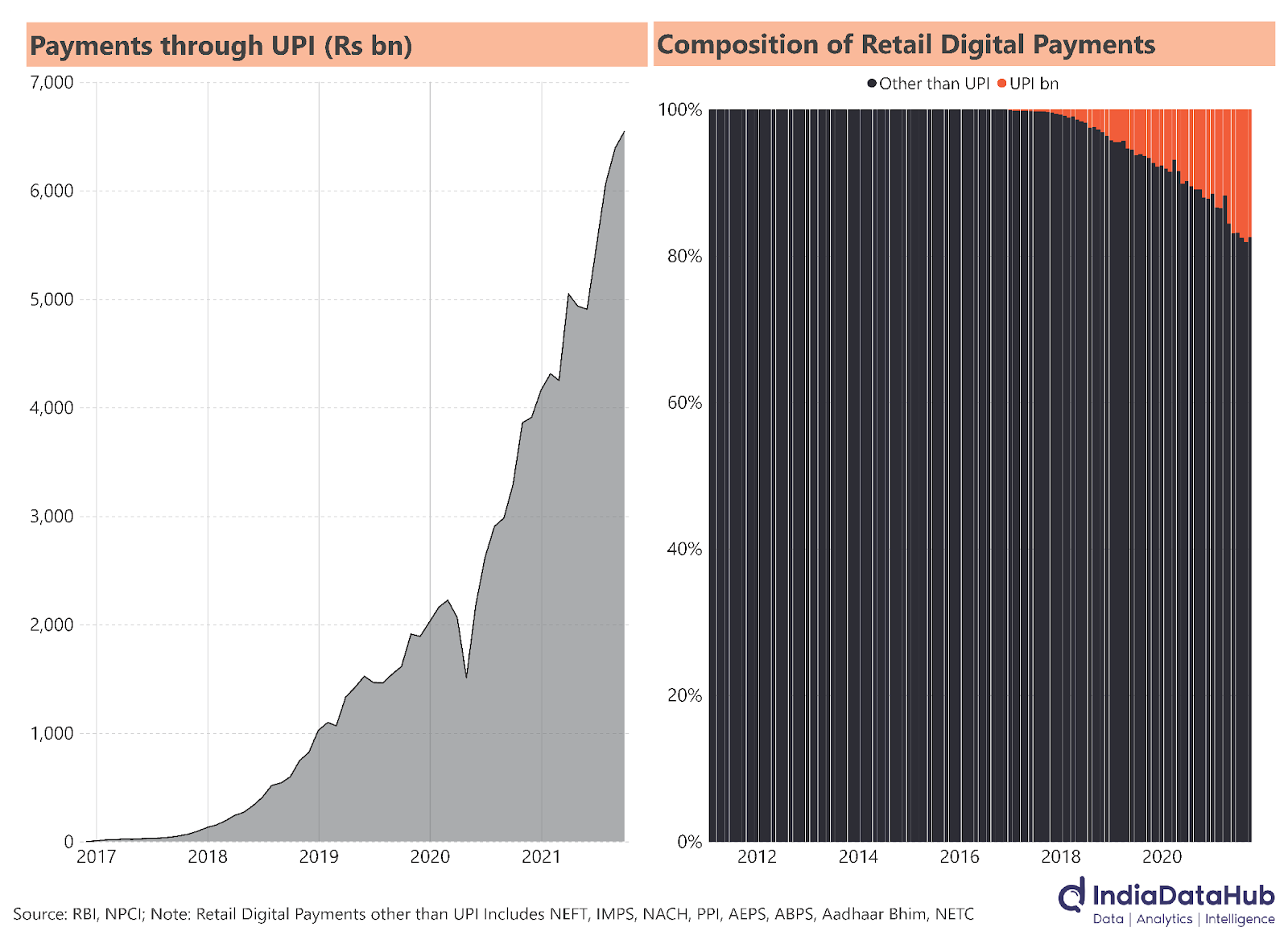 UPI is impacting the Credit/Debit cards through two factors – one on the consumer side and one on the business side. On the consumer side, the payment apps are often more convenient than swiping a physical card -the UPI QR Code scores over a POS machine here. From the business side, accepting payments through UPI comes at zero cost while Credit/Debit cards involve costs – anywhere between 1-2% or even more in the case of some cards. Card issuers do pass on some of this fee to the customer through things such as reward points or interest-free EMI etc. But the allure of these incentives is not very high in the case of smaller ticket payments. For bigger ticket payments, the allure of reward points and cashback and EMIs etc means that Cards can still compete or even outcompete UPI.

What this is doing to the card issuers is changing the mix of their transactions – a relatively smaller number of lower sized transactions and thus a higher share of larger ticket payments. This ought to result in an increase in the average transaction size of payments through cards. And this is precisely what we are seeing in the data. The average size of payment through credit and debit cards have increased sharply in the last few years even as that for payments through UPI has remained largely unchanged. This is creating the illusion that Card payments are getting premiumised. But that is a reflection of the impact caused by UPI. 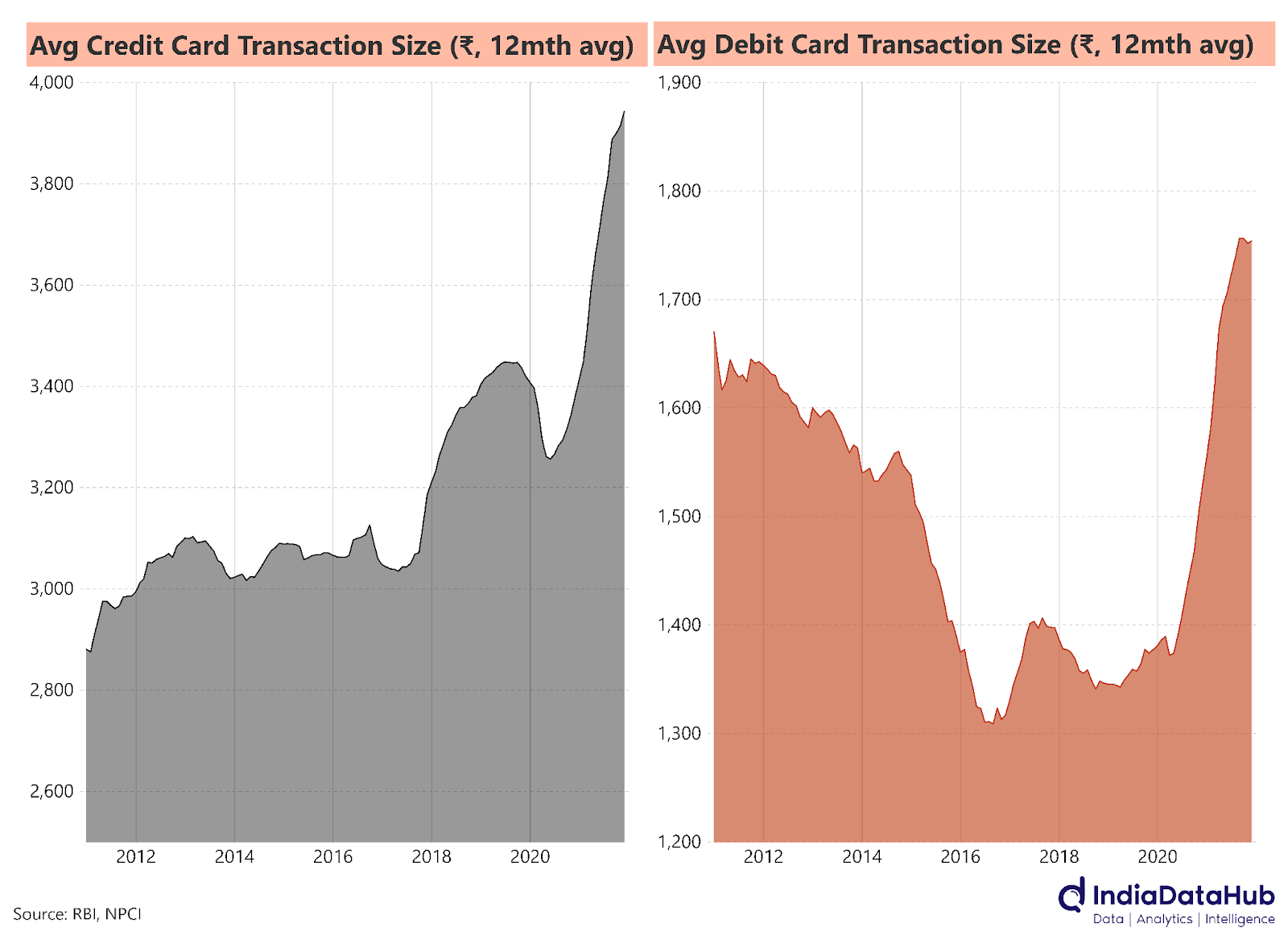 In the case of Credit cards, the average transaction size per payment was stable at just over ₹3000 from 2011 through most of 2017 – a period when UPI either did not exist or was at a very nascent stage (2017). Since 2018 though, the average transaction size per Credit card payment has consistently increased and is now over ₹4000 in the last few months – an increase of 25% in the last 3 years.

It is quite conceivable that at some stage the UPI ecosystem starts offering incentives like the Cards – deferred payments or discounts for instance. In such a scenario, UPI might start to compete with Credit and especially Debit cards in higher ticket size payments too.

The Rise Of Qr Codes